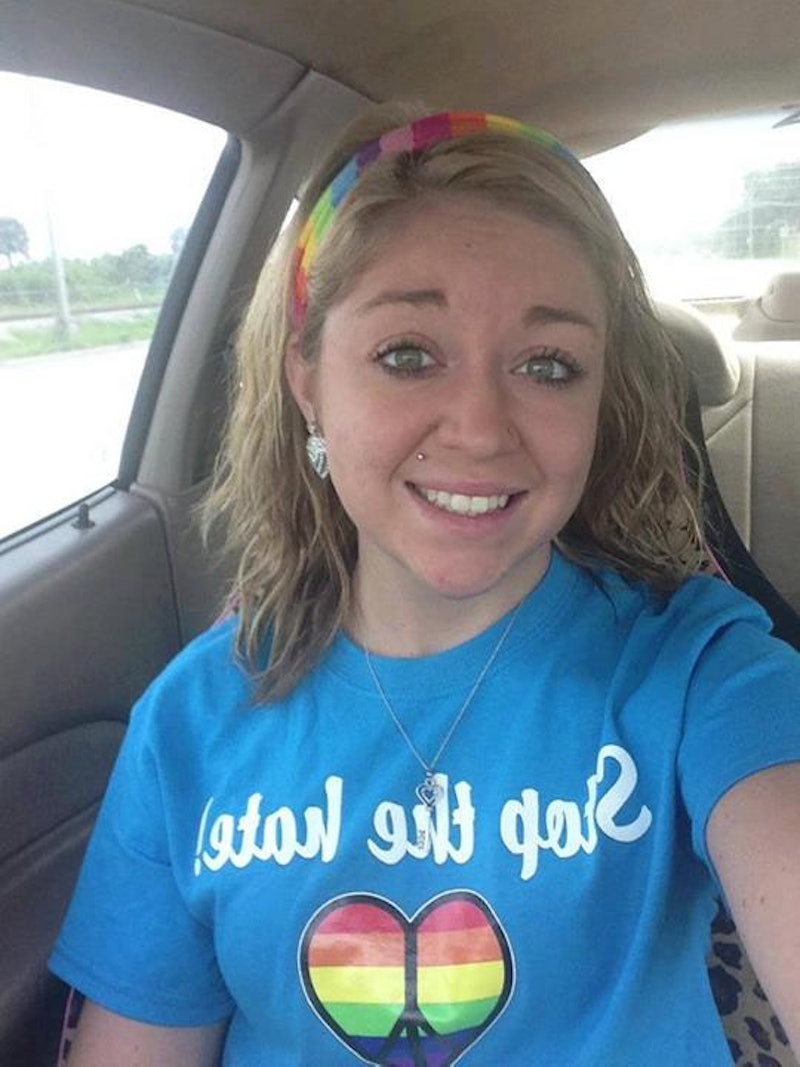 Kaitlyn Hunt, the 19-year-old Florida woman charged for having sex with her 14-year-old girlfriend, accepted a plea bargain Thursday. It was Hunt's third chance at a plea bargain, and she probably took the deal this time because her original charges, "lewd and lascivious assault on a minor," carried the weight of a second-degree felony, up to 15 years in jail, and registration as a sex offender — an obvious detriment for a woman of college age.

Florida law stipulates that minors younger than 16 cannot give consent for sex.

With the bargain, Hunt plead no contest to charges that include felony interference with child custody and a misdemeanor for battery. Hunt will remain in jail, where she's been since late August after trying to contact her former girlfriend, until Dec. 20. After that comes three years of probation — two of which involve a monitoring bracelet — as well as electronic searches to ensure she doesn't make contact again.

If Hunt doesn't violate the terms of the bargain, she'll be able to escape registering as a sex offender or a felon. The case could also be sealed permanently after 10 years. When it comes down to it, her lawyer said, Hunt took the bargain because she wants life to "get back to living a somewhat normal life without fear of the unknown for everyone involved."

Hunt's case has sparked national attention due to claims from supporters and gay rights activists that the minor's parents and authorities were harsh on Hunt because of her sexual orientation. Hunt and her family have maintained that the two had a consensual relationship, that it began shortly after Hunt turned 18, and that the had all believed both the younger girl and her parents were aware of Hunt's age. Prosecutors say that sexual orientation doesn't play a role in the charges, and that Hunt is being charged exactly as any heterosexual adult would be under the same circumstances.