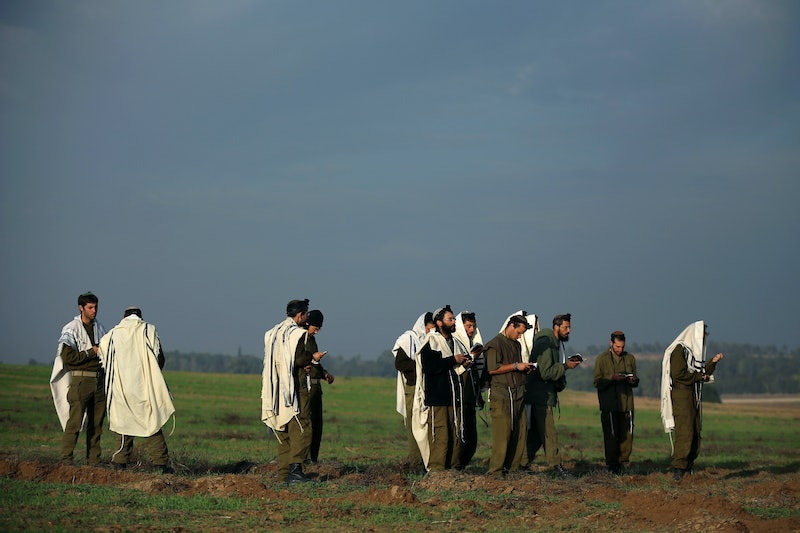 Palestinian farmers got some good news Thursday when they found out their land in the West Bank, seized from them in the 1970s, would finally be returned. The group of Palestinian farmers lost their land in the village of Burka decades ago when the Israeli state seized portions of the West Bank to erect settlements, including Homesh. In 2005, Homesh, along with other settlements, were destroyed when Israel pulled back from the Gaza Strip. But despite the departure of the Israelis and the dismantling of the settlements, the land wasn't returned to its original owners.

That's because the Israeli military failed to rescind the land seizure order that originally took control of hundreds of acres in the West Bank out of the hands of the farmers and gave it to Israel.

Attorney Michael Sfard said that after two years of court petitions, the military finally agreed to lift the order, returning the land to its Palestinian owners.

The Palestinian farmers were able to return to their 500 acres of land this week. “I feel as if I was dead and now I am alive again,” said former resident Fathallah Hajjeh. “I never felt such joy. We are rooted to this land.”

Sfard says that the decision in favor of the farmers sets an important precedent when it comes to Palestinian opposition to Israeli settlement building in contested areas. According to Sfard, the return of the farmland shows that, "the settlement project is reversible."

The news is especially poignant as Israel and Palestine continue tense peace negotiations. The two sides met for their eighth round of talks since July, earlier this week. Though the media has been largely shut out from the meetings, it is confirmed that the talks continue to be ongoing.

Several issues have threatened to halt peace negotiations between the two sides, many of them surrounding problems in the contested West Bank; including the death of an Israeli soldier during a raid, and plans by Israel to increase settlement building in contested areas.