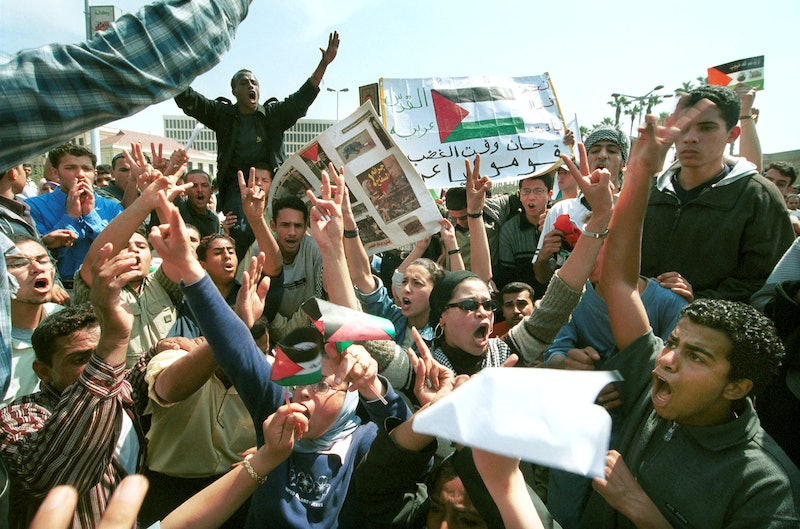 Clashes between ruling Egyptian forces and supporters of ousted Muslim Brotherhood president Mohamed Morsi resumed in several Egyptian cities Friday, as Morsi supporters launched their most ambitious protests in two months to demand the end of military-backed rule. Four people have been confirmed dead, and medical officials say that more than 40 have been injured in gunfire. Morsi supports' last attempt at protest had erupted into bloodshed on Aug. 14, when the ruling military cracked down on two separate Morsi supporters' sit-ins, prompting clashes and the declaring of a state of emergency.

According to Reuters, one Brotherhood member was killed when the Egyptian military fired live rounds into a crowd near Cairo's Tahrir Square. Egyptian security forces attempted to choke off access to the Square, as crowds marching from several locations apparently planned to converge there. Security forces used tear gas in several locations to push protesters back. The violence wasn't restricted to Cairo: violent interactions between protestors and police also erupted in Alexandria and at least two other Egyptian cities.

In August, the violent disbursement of two protestor camps in Cairo incited the bloodiest days in Egypt since the Arab Spring in 2011. After the disbanding of the protestor camps, police made quick work of arresting Muslim Brotherhood members and high ranking officials, including the group's supreme leader. Many Brotherhood members, including Morsi, remain in prison. Egypt was then placed under a state of emergency by its ruling government, which included instituting a curfew and heavy punishments for violating rules, especially when it came to political demonstrations.

The government has also moved to ban activities by the Muslim Brotherhood, and will likely seize or take over assets associated with the organization. That means that institutions including schools, charities and hospitals that receive funding or other assistance from the Muslim Brotherhood could soon be shuttered or placed under government control.

Muslim Brotherhood members have said that they planned on increasing their demonstrations leading up to the Oct. 6 anniversary of the 1973 Arab-Israeli war, or "Yom Kippur War," a coalition surprise attack on Israel which instigated peacetime between Israel and the Arab world.