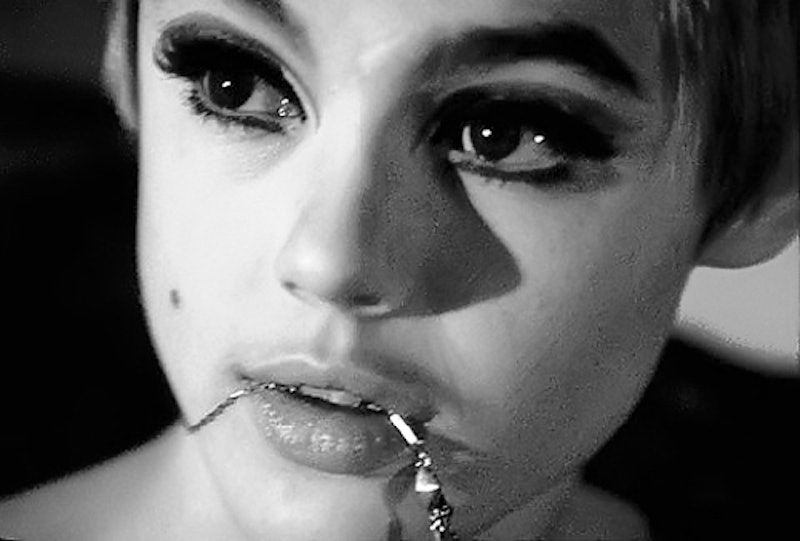 I first heard Tove Lo’s “Habits (Stay High)” while driving on the freeway. I thought it was a Miley Cyrus song so I was annoyed that I liked it. Still, my heart had to swell. I’ve never reacted to a breakup with “gotta stay high all the time” — more often the opposite — but I thought, “Hey, unhealthy coping mechanisms! That’s me!”

For a little while, I lived in an upscale part of Emeryville — that is, Oakland — with my friend Kelsey and our patron, an older man who shall remain unnamed. “Sugar daddy” is probably a better term than “patron," although I did pay rent in the form of buying a $1000 king-sized mattress for the apartment. I wish I could get that money back.

I have to digress and tell you that my favorite Lana Del Rey song is “Off to the Races," for this among other passages: “My old man is a tough man but he’s got a soul as sweet as blood-red jam. And he shows me, he knows me, every inch of my tar-black soul. He doesn’t mind I have a flat broke-down life, in fact he says he thinks it’s why [sic] he might like about me, admires me, the way I roll like a Rolling Stone.” That last bit is an allusion to Edie Sedgwick — more on her later — purportedly the muse for Bob Dylan’s song “Like a Rolling Stone."

Anyway. Kelsey and I staged a few parties while our elderly companion was in Florida; I remember getting sloppy on sparkling wine — did you know they make Hello Kitty Moscato? — and feeling embarrassed the next morning. One night I vomited on a first date. Bless her soul, my date stuck around to clean me up. In fact, she stayed over. That morning was awkward but we dated all summer until she went back to the East Coast to finish college.

The main thing I remember wearing at the Bay Street apartment was a little white sleeveless blouse, peasant-style, evocative of Renaissance corsets. Half-sheer. And I remember Kelsey borrowing my sundresses to go have picnics in Dolores Park, setting out for the train station looking so cute and tiny that I could die. Flowers in her hair. Kelsey always looked good. She spent $60 on a dress despite being broke; it was probably the right decision. I hope she still has the dress even though now I can hardly picture it.

Oblivion is the ideal aesthetic. It’s like the tragic self-awareness of Lana Del Rey’s “Carmen”: “She says, ‘You don’t wanna be like me, working for fun, gettin’ high for free.’” And, “Darlin’, darlin’, doesn’t have a problem. Lying to herself ‘cause her liquor’s top shelf.” Daisy Buchanan in a nutshell, no? Glorifying mental illness is supposed to be bad, or so I hear from Tumblr, but it keeps me alive. I have to believe that there’s something glamorous about being depressed because otherwise it’s that much more depressing.

I can’t really fool myself, though. In my own experience, being crazy is refusing to wash your hair and sitting on the floor of your bedroom in ratty pajamas until your mom makes you get up and shower because she knows that you’re down in the dumps. OK, yeah, I live with my parents. That’s what Millennials do! Personally, it’s not even a generational thing. I’m just dysfunctional, without being particularly exciting.

I have to idolize the crazy girls who are exciting. One time I binged on Cat Marnell articles. (Fine, several times I binged on Cat Marnell articles.) In an interview with VICE she mentioned that good writers go out and live instead of spending all their time on the Internet. That hurt but it was true. I may be editorializing slightly. What Marnell said was, “I personally try to spend as little time behind a computer as possible, and write about my life outside in the world, and not about other things that anyone else is, you know, ‘covering.’ I don’t ‘cover’ stories, I tell my own.” She explained that she’s “not anti-internet” but that “the best kind of magazine writing... is people going out into the world and seeing things and doing things and writing about them.” I have to agree.

And I must admit, I’m the opposite of Cat Marnell. (I made a stab at getting a comment from her for this article, but unsurprisingly, no response.) For one thing, I don’t leave the house except to see my boyfriend. God, that sounds really pathetic, but I can only deal with so much activity. It’s important for me to stay home and work. I can’t work and have an active social life at the same time. Sorry, I just can’t. Not enough energy.

Marnell’s Twitter profile describes her as a “renowned drug addict” and that’s true. Her shtick has always been staying high all the time, although not “to keep you off my mind” like Tove Lo. Anyway, about the drugs. “Unrepentant junkie” is another phrase that people use. In the same VICE interview, Marnell said, “I’ve been burned out for quite some time! I had my glamorous glory lit-cigarette days and then I turned into a cigarette butt and my life became an ashtray. Now I am emptying it all the time and trying to clean up.”

I, on the other hand, have never touched drugs, not even everyone’s #LegalizeIt favorite. I steered clear before I knew that I was crazy, because crazy is a family trait of mine and I was scared to spring it on myself. Marijuana is supposed to skyrocket your chances of schizophrenia or be correlated or something. But my dad told me that so who knows; it could just be propaganda.

Side note: I’m not superior for staying away from drugs. I’m still crazy, but more boring.

Edie Sedgwick, Andy Warhol’s protégé, famous for not wearing pants, was one of the forgotten Marilyn Monroe-type superstar blondes who blazed herself to death. Well, Sedgwick was underground, an ambassador from the counterculture, unlike Monroe. Nevertheless, her trajectory was similar. Fame, drugs, alcohol, and then posthumous ignominy. OK, she’s not particularly obscure; after all, I know who she is.

Zelda Fitzgerald was the famous novelist’s wife. She was famous herself, for being married to him, and famous for their dual alcoholic party-animal antics, which were very public. New York and then Paris, Jazz Age and the Lost Generation. She danced and wrote and painted, was sizzlingly brilliant, and died in a fire at her psych hospital while waiting for a round of shock therapy. Both Fitzgeralds wrote novels that fictionalized their tempestuous marriage, a literary his-and-hers set: Tender Is the Night (his) and Save Me the Waltz (hers).

I enjoy writing desultory biographies for these women, paragraphs about being troubled that ultimately serve my own narrative. Am I exploiting them just like everybody else?

My ultimate point is that there’s a crazy aesthetic. All it takes is to be blonde and undone. Even Beyoncé went blonde, to properly portray “B.B. Homemaker” in the video for “Why Don’t You Love Me.” You don’t have to be blonde but it helps. Maybe the thing is that blonde is all I care about, because I am blonde and I’ve always been blonde and when my honey-hair goes completely, I will swim in bleach before I relinquish this part of my identity.

Currently, I’m reading The Blazing World for my book club. Although the heroine is decidedly not blonde, the story is still relevant, because she’s definitely #CrazyGirlChic. Harriet Burden is a woman artist living in New York (apparently the only place where interesting things happen; damn literature) who decides to use three men as fronts for her own exhibitions, so that her sculptures will be received better and actually sell. She wears flamboyant coats and equally flamboyant, expensive hats. She’s a tall, voluptuous woman, fiercely educated and well-read in what intellectuals call “theory” (a.k.a. boring philosophy). I don’t want to give away the story but Harriet’s whole project is an exercise in futility; in angst. At least that’s how it seems halfway through the book.

Someone should remind me — well, I guess I’ll just remind myself — that I’m only halfway through my own book. Not any book that I’m writing, but the “book of my life” if you will. Forget halfway; I’m 20 so five years less than a third through my life, if we assume 75 as a reasonable age to attain. So maybe my definition of crazy-girl chic will change, or my opinion of it as an aesthetic identity. But maybe not.

More like this
5 Signs You Have A Toxic Relationship With Yourself
By Lexi Inks
Phoebe Dynevor Serves ‘Bridgerton’ Underboob In Stunning Floral Gown
By El Hunt
Beyoncé Wore A Golden Sheer Gown At Her VIP Dubai Concert
By Sam Ramsden
Meghan Trainor & Daryl Sabara Are Expecting Their Second Baby
By Jake Viswanath
Get Even More From Bustle — Sign Up For The Newsletter
From hair trends to relationship advice, our daily newsletter has everything you need to sound like a person who’s on TikTok, even if you aren’t.