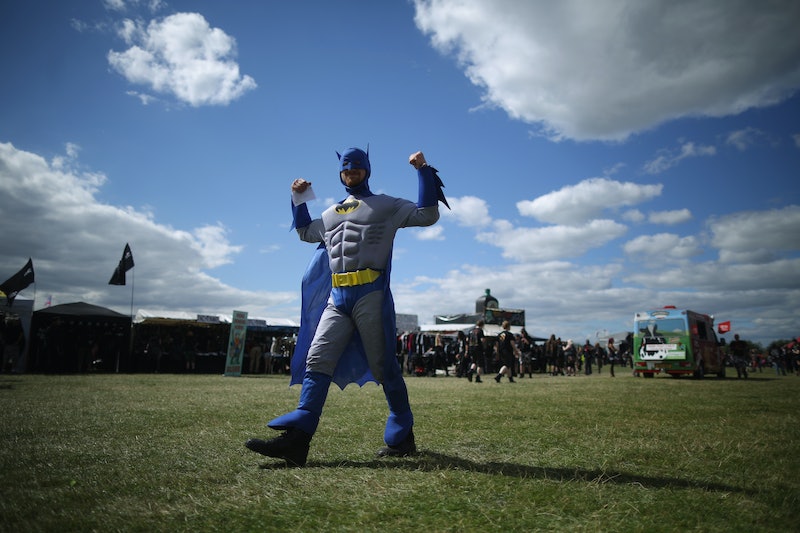 In today's "Weird Republican Quotes," we now have this: a GOP Congressman suggested that the massive traffic that severely slowed Obamacare's exchange site on the morning of its Tuesday launch came primarily from members of Congress and journalists.

Speaking of, this whole "shutdown" malarkey has seriously harmed the GOP's reputation in the eyes of women nationwide — females, in general, tend to be more opposed to the lengths fringe Republicans have go to for the sake of defunding Obamacare than men. Good luck in the next election, guys.

And just one more: here's a wonderful adapted parenting guide that can, and should, be applied to said fringe Republicans.

You can now attend a dinner-party program entitled Let's Have Dinner And Talk About Death, in which you announce your intentions for the tricky stuff: Cremation? Life support? Legal guardians? It may well be the "most important dinner party you'll ever attend," but my God will it be depressing.

You might have heard that Instagram, like everybody else, will now start incorporating ads into its feed. But — wait! What if you could obtain a special Internet box that blocked all ads from your Wi-Fi connection? Could that be a thing? Apparently it can be, and it is: meet AdTrap.

A man who spent four decades in solitary confinement in prison has died, a week after his release.

A college freshman has sued Alaska for not preventing climate change, and the case has now made it to the state's Supreme Court.

The Romneys have a cookbook now. And they were on The Rachael Ray Show promoting it. O-kaaay..

Here's the brand-new Cheetah robot from Boston, which isn't designed to harm humans (good!!) but scares us half to death anyway.

This time-lapse video straight from Grand Theft Auto V confuses us a little with how lovely it is.

Finally, if you haven't watched BatDad yet, it's back, and now is your chance.