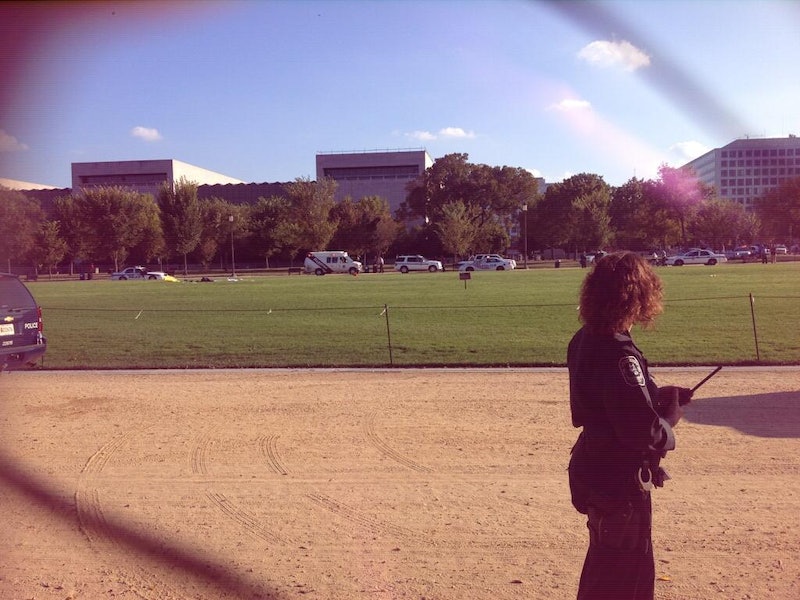 According to numerous police and civilian reports, a man set himself alight at Washington, D.C.'s historic National Mall public park Friday afternoon. The incident occurred at 7th and Jefferson, and initial reports suggest that the man in question is conscious and breathing. Parts of the Mall, in particular its memorial sites, had been closed to the public due to the government shutdown.

Witnesses have claimed that passers-by extinguished the flames, and a photo shows two men without shirts, allegedly from using them to put out the fire. According to the Washington Post, his injuries are "life-threatening."