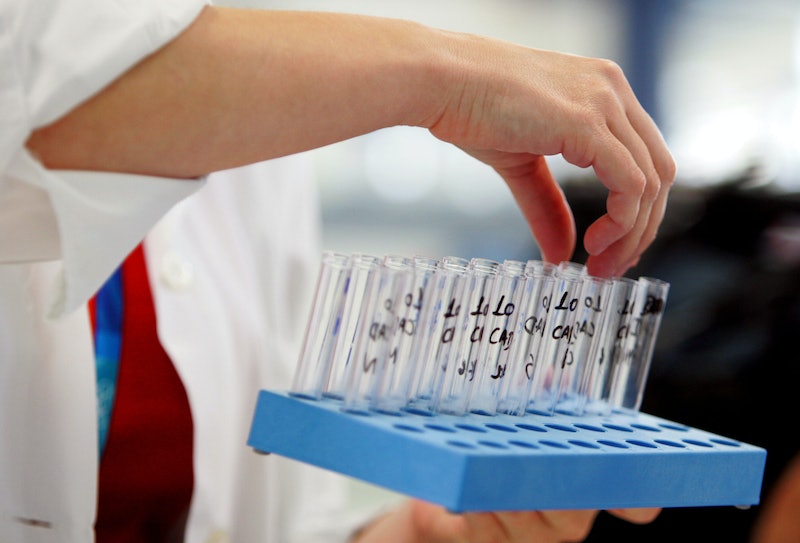 Two Americans and a German were awarded the 2013 Nobel Prize for Medicine Monday, for "solving the mystery" of how various molecules are transported in and out of cells, giving the scientific world much-needed insight into diseases like diabetes and Alzheimer's. Each scientist discovered distinct, crucial aspects of the cell transportation process, uncovering exactly how the right cargo is delivered to the right destination, at exactly the right time.

James Rothman and Randy Schekman, along with German Thomas Südhof, were praised for mapping out the way that vesicles — miniscule bubble-like structures of fat— ferry chemicals such as insulin to their exact destinations. Rothman, a professor at Yale University, uncovered how protein structures allow vesicles to fuse with target cells, allowing the transfer of chemicals. Schekman, a professor at the University of California, Berkeley, identified three classes of genes that control the cell´s transport system. Südhof, a professor at Stanford, looked more specifically at neurotransmitters, revealing how certain signals cause vesicles´ contents be released.

"Through their discoveries, Rothman, Schekman, and Südhof have revealed the exquisitely precise control system for the transport and delivery of cellular cargo," the Nobel Assembly said in a statement. "Disturbances in this system have deleterious effects and contribute to conditions such as neurological diseases, diabetes, and immunological disorders."

The stunning $1.2 million prize is the first of the Nobel prizes to be announced this week. Physics will be announced on Tuesday, chemistry Wednesday, literature Thursday, and the Nobel Peace Prize will be awarded on Friday.

"Vesicles are like a postman's bag, they have to get to a specific address.They have worked out the mechanism of sending to the right location, they have advanced the field enormously," a professor from the University of Manchester told the BBC. "They have revolutionized understanding of how cells are organized which is fundamental to huge number of diseases."

Since any issues within the cells' transportation system will have harmful effects on a person's body, and can lead to health conditions like immunological and brain disorders, understanding specifically how the system actually works will shed light on how those diseases could potentially be treated. For example, the research will in part explain how insulin — which controls blood sugar levels — is made and then released into the blood at precisely the correct time, and will thereby prove useful for diabetes researchers.