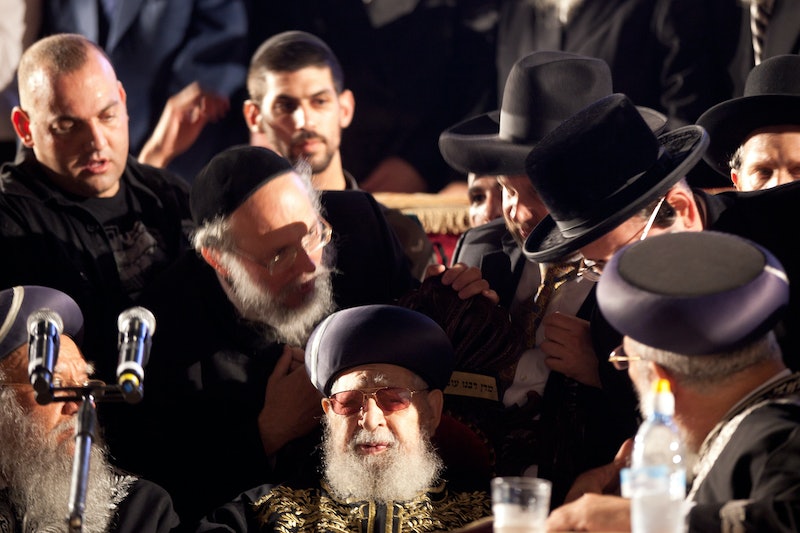 ICYMI here's your cheat sheet of the religious news you need to know this week:

In Israel, the influential Sephardic Rabbi Ovadia Yosef died at age 93. Ovadia was known for fighting for the rights of Jewish people in the Middle East and North Africa, and leaves behind a void in the Sephardic community.

Membership in the Church of Jesus Christ of Latter Day Saints hit 15 million, at the same time as women in the church protested being shut out of an all-male meeting.

In Burma, a new eruption of anti-Muslim violence stoked sectarian tensions, and the Buddhist attackers are believed to be backed by the government.

Hobby Lobby’s refusal to stock Hanukkah decorations raised some eyebrows — and some questions about whether the exclusion is anti-Semitic. The chain later announced that it would begin to stock Jewish decorations.

The Religion News Network reminded us about the rise of the “nominals,” and that the phenomenon is not exclusive to Jews.

In Kenya, a radical imam’s assassination paved the road to sectarian riots, while European Jews began to worry about a ban on circumcision. The ritual was ruled a "violation of the physical integrity of children."

Here are some religion longreads you shouldn't miss:

Peter Hessler’s “Keeping the Faith” for last week’s New Yorker doesn’t star Ben Stiller and Edward Norton, but it’s still a gripping account of what’s happening to Egypt’s Muslim clerics in a post-Morsi world. Clerics thought of as supportive of the previous regime are being pushed out, and those marginalized before are being put in charge of the congregations of their dreams — though often not under the circumstances they’d imagined.

What does a culture that prizes marriage do with those whose 20s sped by and left them single? The Salt Lake Tribune explains that, "[S]ome older singles feel invisible or worse, pariahs, in a faith that preaches eternal marriage, a faith where fatherhood and motherhood are extolled as humanity’s main roles, and where couples anticipate marching two by two into heaven." The Mormon Church is dealing with the issue by setting up special wards — congregations — specifically for marriage-minded singles aged 31 to 45. One of these congregations has had 60 weddings in the last year.

At Slate, Dalia Lithwick looks at conscience clauses, which are often used to give religious groups exemptions from policies they disagree with in culture wars over issues like gay marriage, birth control, and abortion. “The problem isn’t conscience clause legislation so much as what we might call conscience creep: a slow but systematic effort to use religious conscience claims to sidestep laws that should apply to everyone,” Lithwick suggests.

R.B. Bernstein reviewed a new book on Thomas Jefferson’s Quran for the Daily Beast, which “asks how Muslims and their religion fit into eighteenth-century Americans’ models of religious freedom.” Bernstein argues that many leading intellectuals of the day would have considered Muslims part of the American religious experiment.