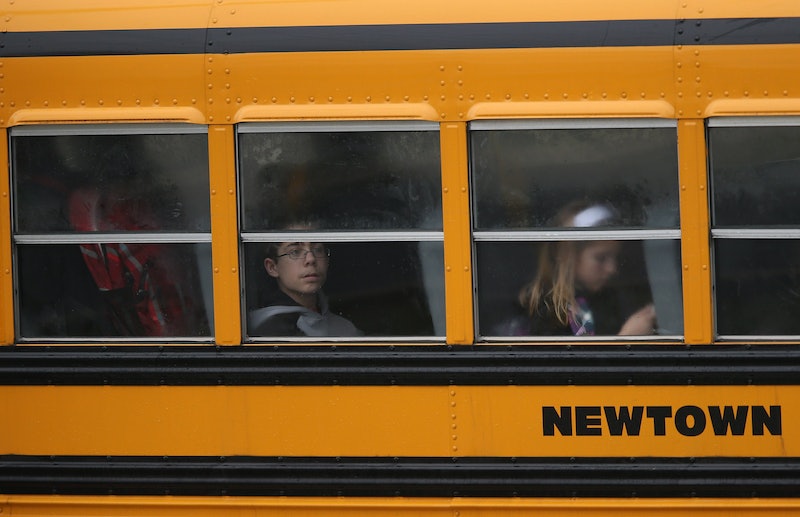 Ten months after Adam Lanza, loaded gun in hand, walked through the doors of Sandy Hook Elementary School in Newtown, Conn., residents overwhelmingly voted to demolish the building and construct a new school upon the site. 5,062 Newton residents turned out at polls set up at Newtown Middle School Saturday in a rare weekend vote, and roughly nine in ten of voters approved the demolition. The State of Connecticut voted last week to grant $49.25 million to tear down the school and construct a new one, and the only official hoop left to jump through was the final ballot-box approval of the funding.

On Dec. 14 last year, Lanza shot and killed 20 schoolchildren and six of their teachers, and then committed suicide by shooting himself in the head when first-responders arrived. The incident was the second-deadliest shooting by a single person in American history, after the 2007 Virginia Tech massacre. In the ten months since the shooting, Sandy Hook's schoolchildren have been going to classes 10 minutes away at the former Chalk Hill School in Monroe.

In the end, the vote was a landslide: 4,504 of the voters approved the referendum — about 90 percent. The "small but vocal" opposition, visible with planted lawn signs and in letter-writing campaigns to newspapers, amounted to just 558 'no' votes. Opponents were concerned for a myriad of reasons, including worries about dwindling enrollment, which would force the town to close another school. Others wanted to see the school re-purposed instead of shut down entirely, and utilized in a different form by the state.

"I'm very happy that it passed, and passed significantly," said Legislative Council Chairman Jeff Capeci. "I had a feeling it would. Now we can move forward with the new school. This is great for the town. We can bring our children home."

Officials want to have Sandy Hook demolished before the December anniversary of the shooting. The new school, with projected costs between $42 and $47 million, will be built upon what is "essentially the same site" and is scheduled to be opened in September 2016, though a possibility of a January opening exists if construction goes according to plan.

The voting turnout was the highest it's been in Newtown since the 2008 presidential election.