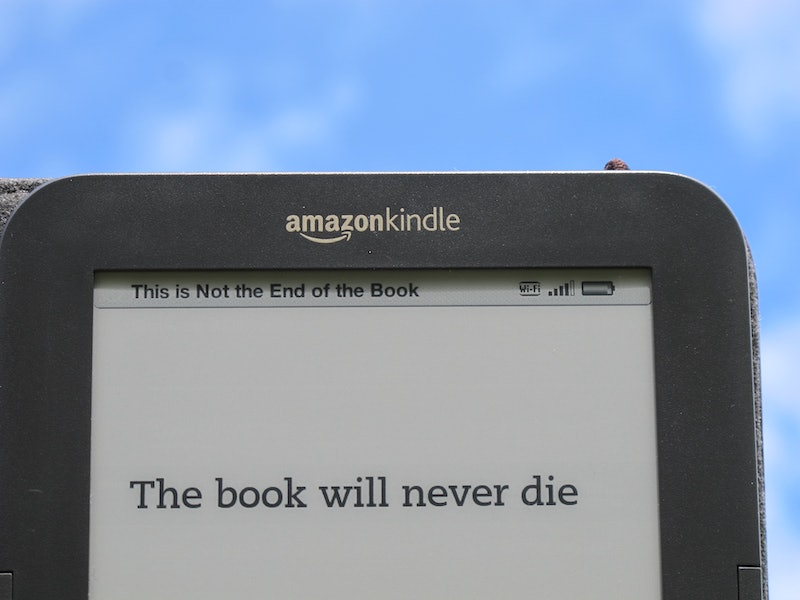 Good news: e-readers aren’t destroying the world! Hmmm. The whole thing sounds like a silly idea once you say it like that, but it still feels as though every other day there’s some sort of article about e-readers that makes them sound like an apocalypse in the making. Fortunately, a recent survey by USA TODAY and Bookish shows that people with e-readers or tablets actually read more books, on average, than people without them. So maybe e-readers will actually save books instead of destroying them.

Researchers found that the percentage of adults using e-readers has also doubled in the past two years, and is highest among those aged 18 to 39, 46 percent of whom own an e-reader or tablet. And 35 percent of those with devices say they’re reading more books as a result.

Which really makes perfect sense when you think about it — e-books tend to be cheaper, and easier to get ahold of, especially since 51 percent of people said that lack of time is a major factor in not reading as many books as they’d like. Unsurprising when you consider how much Americans work relative to the rest of the world. (The Atlantic Wire writes that it's kind of ridiculous that lack of time is an excuse for not reading, though, and we're inclined to agree.)

But even though e-books are on course to overtake the paper-and-ink variety, online browsing still isn’t a very popular way of picking out titles. The number one factor people listed in helping them decide on a book was their own opinion of the author’s previous work (57 percent), followed closely by advice from friends and relatives (43 percent). Internet reviews, whether professional or unprofessional, were only favored by a little over a quarter of all respondents.

Moral of the story? E-books aren’t killing books, and neither is television or video games or the Internet, at least as far as we can tell. Books as a form of entertainment now have more to compete with than they did a century ago, but as long as they keep integrating into the Internet age instead of trying to resist it, this study at least suggests that books have a definite place in people’s digitized lives.

More like this
Nicola Coughlan Shared A Lady Whistledown Excerpt From ‘Bridgerton’ Season 3
By Grace Wehniainen, Alyssa Lapid and Sam Ramsden
She Founded American Girl To “Bring History Alive.” Then She Made Over A Town.
By Amanda FitzSimons
10 Must-Read New Books Out This Week
By K.W. Colyard
Read The First Pages Of Emma Rosenblum’s Highly Anticipated Debut, 'Bad Summer People'
By Samantha Leach
Get Even More From Bustle — Sign Up For The Newsletter