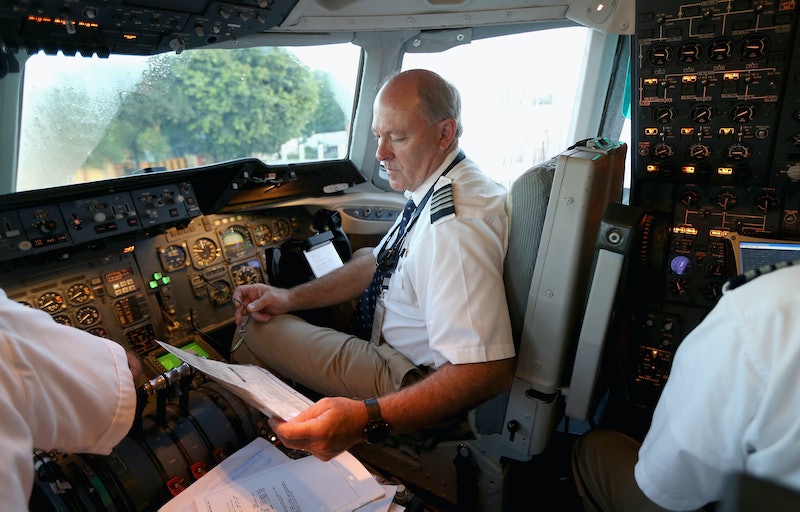 These days, it's difficult to sneak an extra pound of luggage on-board a flight. But when Delta didn't realize an entire child had stowed himself away on a flight, they knew something had to change: The airline announced today they're reviewing procedures to see if revisions need to be made.

No one knows exactly how a 9-year-old managed to outsmart the Transport Security Administration's strict airport protocol. Out of school on a suspension, he told his parents he was at a friend's house, and then took the light rail from the city to the airport. It's thought he attached himself to another family going through the ticket screening and checkpoints. He managed to get from Minneapolis to Las Vegas without problems. The kid’s smart,” said Terry Trippler, air travel expert of ThePlaneRules.com.

Trippler speculated that it would have been pretty easy to hook up with a big family: It's not so hard to mistake six boarding passes for seven, he reasoned.

No boarding pass? No problem: When he got to the boarding gate of flight 1651, the child spoke with a Delta employee. When they were distracted, he strolled on down the jetway. "He had to pass three levels of security," Trippler said. "You have the TSA, the gate agents, and the flight crew and a child comes through without even a seat assignment."

Sometime during the flight, the flight crew realized he wasn't on the list of children flying alone. Delta spokesperson Leslie Scott wouldn't say when the crew knew something was up, but plane staff alerted Las Vegas police, and once on the ground, officers took the boy into custody.

But it wasn't the child's first time at the airport rodeo: He had taken a light rail trip to Minneapolis-St. Paul International Airport the day before. Upon arrival, he casually took someone else's suitcase from the baggage claim, and then dined and dashed at an airport restaurant after asking a server to watch "his" bag while he went to the restroom. He didn't come back.

Airport police have also had previous "run-ins" with the boy before, although the Minneapolis airport is quick to point out it's the first time they personally have had issues with him. Still, the success of a 9-year-old to sneak onboard a plane definitely raises some questions about other people, such as, you know, terrorists. "While we are safer in the air, this proves there are still gaping holes," Trippler said. "It shows a situation where these people are human and they’re going to make mistakes."

Authorities believe the child is a runaway from Minneapolis and, after holding the child in protective custody in Las Vegas, worked with his parents to return the child to the Twin Cities.

Something tells us the kid would have been really good at poker.