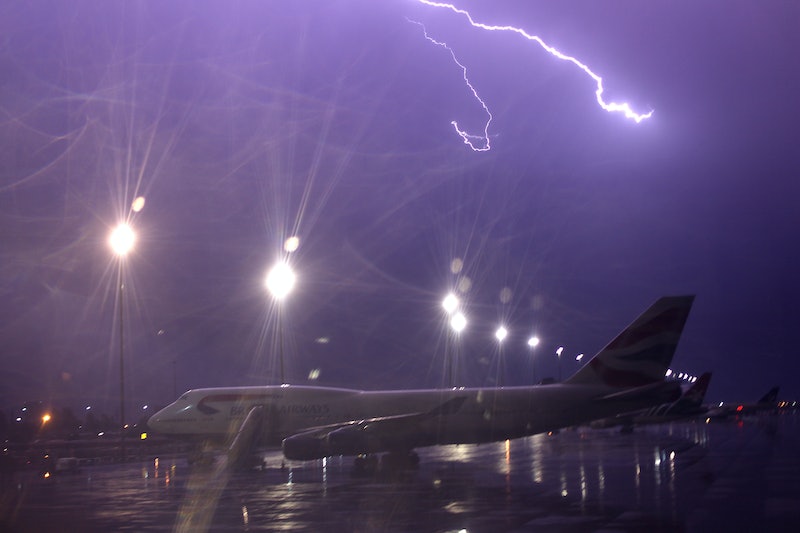 Because D.C. wasn't already on edge enough, the National Weather Service issued a tornado warning for the city Monday afternoon. New York, New Jersey, most of Maryland, and central and eastern Pennsylvania have also been issued warnings. Now, before you start getting all paranoid, remember that a tornado warning doesn't mean that a tornado has already formed, but that winds are acting in such a way that the risk of one is increased. The watch is in effect until 5 p.m. Monday, as northern Nebraska and Iowa are still cleaning up the debris from their own tornado this weekend. Still, one weather analyst told the Wall Street Journal that the chances of a tornado in the Northeast were only about five percent.

Across the tri-state area, heavy winds and rain are predicted to strengthen between 3 p.m. and 5 p.m. Monday. One to three inches of rain are also predicted to fall, which will likely cause low-level flooding in some areas.

The tornado watch comes after it was revealed that hundreds of victims of Hurricane Sandy, who have until now been housed in hotels because their homes were destroyed, have been relocated to homeless shelters due to the cut-off of government funding the shutdown has caused.

New York governor Andrew Cuomo has said that he expects natural disasters like tornados, storms, and floods to become more frequent occurrences, especially in light of last week's report that linked climate change to human behavior more strongly than ever. Mayor Michael Bloomberg has recommended a $20 billion storm-protection plan for the city to prevent the sort of damage that occurred during Sandy.