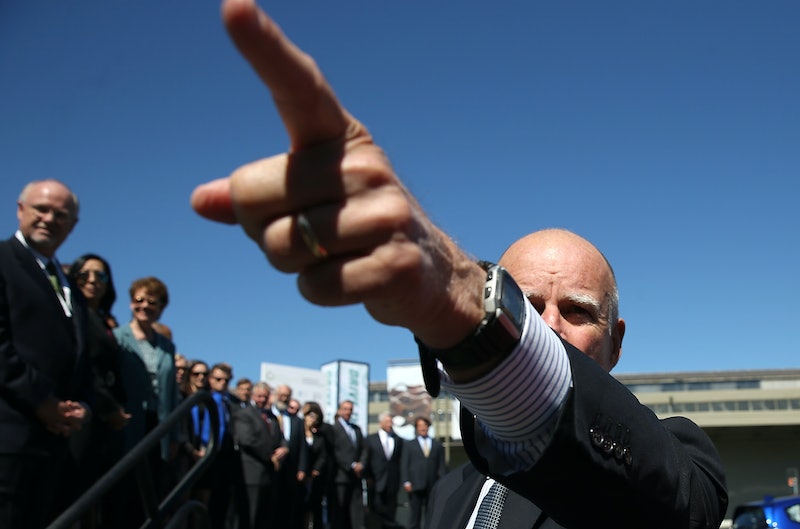 In spite of having signed a bill Thursday giving California's undocumented immigrants the ability to apply for driver's licenses, Gov. Jerry Brown vetoed legislation Tuesday that would have allowed legal permanent immigrants to serve on juries, asserting that the civic duty should be reserved for U.S. citizens.

"Jury service, like voting, is quintessentially a prerogative and responsibility of citizenship," Brown said in an announcement Monday. "This bill would permit lawful permanent residents who are not citizens to serve on a jury. I don't think that's right."

The jury bill AB1401 would have applied to legal permanent residents, meaning immigrants who have been issued green cards, and not the estimated 1.4 million undocumented immigrants currently living in California.

Democratic Assemblyman Bob Wieckowski of Fremont, who sponsored the bill, remained firm in his belief that lawful immigrants should be included in the judicial process.

"They benefit from the protections of our laws, so it is fair and just that they be asked to share in the obligation to do jury duty, just as they serve in our courts, schools, police departments and armed forces," he said after the veto. "I don't see anything wrong with imposing this civic obligation on immigrants who can spend the rest of their lives in the United States."

AB1401 passed the Legislature on largely party lines, with Republicans voting against the measure, saying the lack of jurors in the state is a funding issue, and not due to lack of people. (Each year, roughly 10 million Californians are summoned for jury duty — only 4 million of them are able, and eligible, to serve.) Democrats who supported the legislation claimed that it would give non-citizens on trial the opportunity for a jury of their peers, and would help diversify the jury pool.

Earlier this week, the Californian governor signed into a law a measure that would give undocumented immigrants the ability to apply for driver's licenses, albeit special ones for motoring purposes only. Had Brown not vetoed AB1401, the bill would have made California the first state in the country to allow legal residents to serve on jury duty.