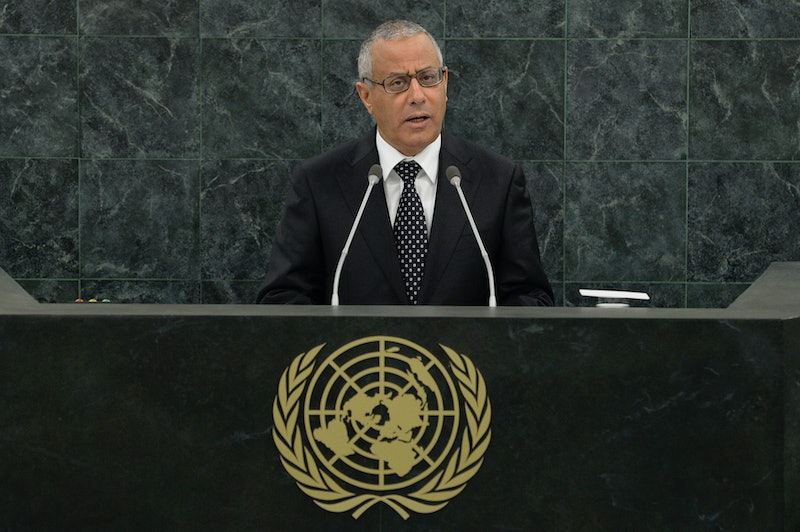 Ali Zeidan's reprimand of the United States was more bark than bite. The Libyan prime minister announced Tuesday that his remarks about the United States' handling of the raid on al Qaeda operatives in Libya would not damage the relationship between the two countries, despite suggesting earlier that his country was upset about the raid and treating it as a kidnapping.

"Our relationship with the USA is important, and we care about that, but we care too about our citizens, which is our duty," he said Tuesday. "They helped us with our revolution. Our relationship will not be affected by this event, which we will settle in the way that we need to." Zeidan added, however, that all Libyans should be tried at home.

On Sunday, Zeidan had demanded an explanation from the United States government over a raid earlier that weekend that had captured al Qaeda member Nazih Abdul-Hamed al-Ruqai, saying that the government was "following the news of the kidnapping of a Libyan citizen who is wanted by U.S. authorities."

But geopolitics are more complicated than ideals would suggest. Zeidan, a former human rights lawyer, heads a young government with an uncertain future. After a revolution that overthrew longtime dictator Muammar Gaddafi in 2011, the government has been unable to secure all corners of the country. Many corners are plagued by lawlessness, and have become a breeding ground — and a hiding ground — for terrorist groups. Zeidan likely can't afford to damage the government's relationship with the U.S. because he may one day need help suppressing them.

Some militants, meanwhile, have claimed that Zeidan's government had advance knowledge of the raid, al-Ruqai's son said that Libyan forces were involved in his capture.

Al-Ruqai, also known as Anas al-Liby (the Libyan), is now being held as an enemy combatant aboard the USS San Antonio in the Mediterranean, pending transfer to New York to stand trial. He's a suspect in the 1998 bombings of U.S. embassies in Kenya and Tanzania. As Foreign Policy points out, it's a tricky legal area — holding him for too long without Miranda rights might allow for legal challenges later if he's tried in civilian court.

At the same time, others in the U.S. are calling for more raids in Libya to capture terrorists tied to the 2012 attacks on the U.S. embassy in Benghazi, in which an ambassador was killed. But experts say that Tripoli — a relatively secure city — was a more feasible operation than rebel-dominated Benghazi, and al-Liby was a bigger target.

Juan Zarate, a former high-ranking anti-terrorism official for George W. Bush, told USA Today that as an active member of al-Qaeda, al-Liby was a more pressing threat as well as an opportunity to gather intelligence. A Spokeswoman for the National Security Council said that the operation in Tripoli was successful because of "years of diligent intelligence work and months of operational planning."