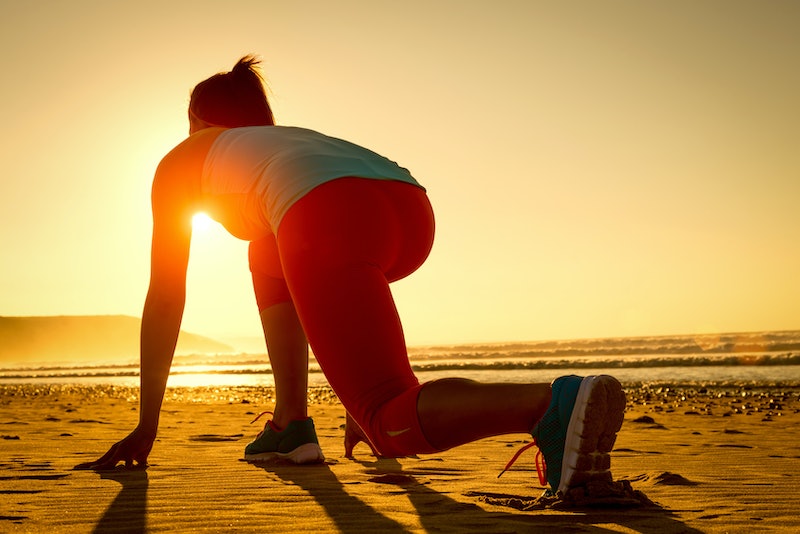 First, let me just say that I like the #LikeAGirl campaign. I really do. The social movement initiated by Always to take back the phrase “like a girl” — once used to humiliate young women and downplay their abilities — is now being championed around the world. Last month, Super Bowl XLIX aired the now iconic commercial illustrating what happens when people are asked to run/throw/kick “like a girl.” Lots of flailing hands and silly, self-conscious hair flips ensued. But the commercial’s end message is to show a league of young women learning to hear, speak, and live the words “like a girl” as an expression of empowerment for the very first time.

In the advertisement’s aftermath, social media exploded with #LikeAGirl tweets and retweets, with celebrities like Sarah Silverman, Amy Poehler, and Kristen Bell joining in solidarity. I, too, applaud Always for scrutinizing the subliminal messages our society sends to girls. I believe we, as a culture, must constantly question popular ideology.

I can’t help but wonder what lies beyond #LikeAGirl. How can we continue to champion young, female athletes once they’ve grown from girls into women?

I grew up in the late '80s and early '90s, when sexism ran so rampant that most girls did not run. Back then running was still mostly for boys. When I was in elementary school, I had a neighbor who used to sun himself outside on his front porch, scantily clad in spandex biker shorts, bare-chested, hairy, and burly. He spent a lot of time working out at the gym and opining about the “superiority of the male species,” like that was even a thing. He was proud.

His son was my age, and somewhat more diminutive. I took great pleasure in beating him when we ran the mile in fourth grade gym class. “Who’s inferior now?” I boasted, sweaty, tomato-faced, and triumphant. I was proud.

“Oh yeah?” he fired back with prepubescent, pipsqueak condescension, puffing his bony chest out just like his dad. “Well, it doesn’t matter. Because you run like a girl.”

The words stung, even though, like most oppressive rhetoric, they made no sense. It shouldn’t matter whether I was a boy or a girl if I won objectively. Except it did matter. "Run like a girl" meant that no matter how fast I ran, no matter how high I jumped or scored on the SAT, no one would ever take me seriously.

Two decades later, I’m thrilled to see young women reclaim the words like a girl and spin them in reverse so they’re charged with a positive energy. A world that encourages us to run/throw/kick/jump/swim like a girl (like that’s a good thing) is a wonderful world indeed. The #LikeAGirl movement is surely one small step for womankind.

But it must precede a giant leap. I can’t help but wonder what lies beyond #LikeAGirl. How can we continue to champion young, female athletes once they’ve grown from girls into women?

Rarely, if ever, do we hear fathers encourage their sons to run/throw/kick/jump/swim like a boy.“Be a man!” they say. Why do anything like a boy when you could do it so much better?

Looking back, I now realize: it was always pretty great to run like a girl. When I was nine, I ran that gym class mile in 6:45 without even trying. There was nothing holding me back. Not hips, nor breasts, nor menstruation plus the associated pain, weight gain, mood swings, and fatigue. Back then, I ate pizza and drank Hi-C fruit punch for lunch, and never worried about gaining weight. Turns out, running like a girl is a cakewalk compared to running like a woman.

I think back to Mr. Macho in his male genitalia enhancing gym shorts; I doubt he ever instructed his son to “run like a boy.” And Mr. Macho (not his real name) is not exceptional. Rarely, if ever, do we hear fathers encourage their sons to run/throw/kick/jump/swim like a boy. “Be a man!” they say. Why do anything like a boy when you could do it so much better?

There’s a double standard here; the implications run deep and the consequences can be devastating. Because, the truth is, many teen and young adult female athletes take #LikeAGirl to heart. They take it too far; in an attempt to stave off puberty in order to achieve peak performance, more and more female athletes are over-training and under-eating.

The truth is, running like a woman takes guts, grit, grace. It’s not easy to juggle a professional or even a recreational running career along with everything else that comes with being a woman. Running in a woman’s body can be unbelievably challenging, between frequent incidents of street harassment, fluctuating hormone levels and, for many, pregnancy.

Many, many days, I’d do anything to run #LikeAGirl again. I’d love to ditch the sports bra. I’d kill to scrap the cramps and skip the outrageous menstrual bleeding. I’d do anything, that is, except starve or over-train myself to achieve that androgynous, prepubescent shape that is glorified — even glamorized — amongst female athletes.

I’ve been there. I’m lucky to have recovered. Many young women who fall into the trap of the Female Athlete Triad don’t get well. They end up permanently destroying their bodies. A lot of them never train again. I’m old enough now to know the risk isn’t worth it.

And I want to tell other young women the truth: to run like a woman is to run with more strength, courage, and determination than it takes to run like a girl, a boy, or even a man.