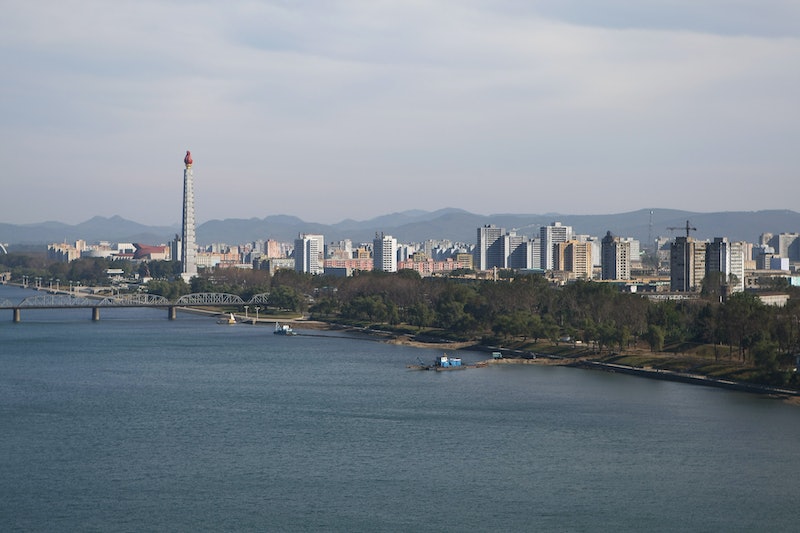 The feeling of mistrust between the United States and North Korea is mutual. The government of the ultra-isolated nation put its troops on high alert Tuesday after American ships entered South Korean ports ahead of a training exercise. South Korean intelligence officials said its Northern neighbor's nuclear reactor has also been restarted.

“The U.S. should bear in mind that the Korean people and army are highly alerted to promptly and confidently cope and foil blatant provocations of any hostile forces in the world with its own powerful military muscle,” said a spokesman for the government in Pyongyang. "The U.S. will be wholly accountable for the unexpected horrible disaster to be met by its imperialist aggression forces' nuclear strike means,” he added, not at all ominously.

The official newspaper of the regime called the military exercise a "bellicose attempt to escalate the situation on the Korean Peninsula […] by openly threatening it with nukes."

On Friday, the North Korean military leadership attacked South Korean President Park Geun-hye amidst promises to continue its nuclear program. “There will be no bigger fool and poorer imbecile than the one who schemes to side with a nuclear-wielding robber and urge one’s own kinsmen to lower a knife first,” a spokesman said.

To be fair, South Korea sort of started it: on Oct. 1, it pulled out all the stops for a military parade the likes of which hadn't been seen in a decade. "We have to build strong deterrence against North Korea until the North abandons its nuclear program and makes the right choice for the people of North Korea and peace on the Korean Peninsula," South Korea's president said at the parade. The neighbors have a long history of tense relations, and North Korea’s military — though weakened by age, and, well, famine — still managed a couple of strikes against the South in 2010. One of the strikes, on a patrol ship, killed more than 40 South Koreans.

North Korea occupies a special place in the hierarchy of countries the United States doesn't want to have nuclear weapons: the very top. Other countries have interests, demands, and a degree of openness — they are capable of rational negotiation in a way North Korea appears not to be. Even if they disagree with the U.S. government, for most countries, nukes are more of a mutually-assured-destruction negotiating tool than a weapon that's about to be deployed. And yet in North Korea, not much has changed, even with a change in leadership. In other words, we don't trust they're bluffing.

Even China is on board with the distrust now — kind of. In September, North Korea's friendliest neighbor banned the sale of a list of items to North Korea, including the Ebola virus. "The dual-use products and technologies delineated in this list have uses in weapons of mass destruction as well as their vehicles," its statement said at the time. That was shortly after it looked like North Korea restarted its nuclear reactor.