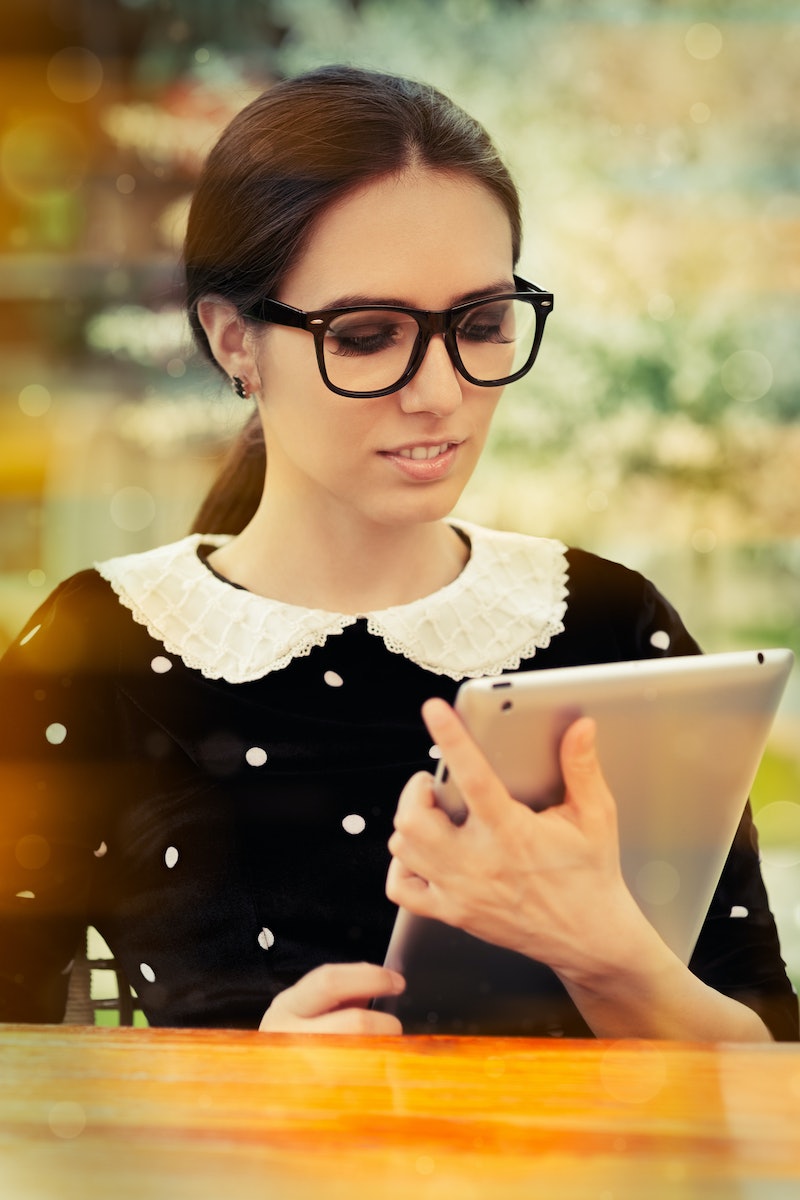 Computer companies are notoriously male dominated. To the uninitiated, the faces of the industry are slouchy bros like Mark Zuckerberg (Facebook) and Evan Williams (Twitter, Medium), both commonly seen wearing jeans. You might not expect millionaire entrepreneurs to keep dressing exactly like they did during college, but that's what they prefer to do. Luckily for Zuckerberg and Williams, when you're a millionaire entrepreneur, you get to decide the office dress code. More power to 'em, right? Why not be comfy while you work?

As much as I support every professional's desire to wear bunny slippers, I'm more concerned with the feminine dynamic. What about the ladies? Are they similarly casual? Despite being crowded by swarms of bro colleagues, there are women who work in tech, doing everything from hacking to public relations, both for legacy companies and the startups that keep sprouting like mushrooms. Amelia Greenhall is a notable example of a self-identified "tech feminist." Heck, Marissa Mayer is the CEO of Yahoo. (Maybe Yahoo is cool again now that they own Tumblr. Maybe.)

My guess is that the tech world implicitly aligns with politics' treatment of women participants, since government is another male-dominated sphere. I mean, you could fill a book with articles about Hillary Clinton's pantsuits and hairstyles. One that's actually worth reading is the charmingly titled "Stop Overanalyzing Hillary Clinton's Hair" by Amanda Hess. As a fashion writer, I generally advocate for overanalyzing hairstyles, but not in this case.

Thoughts on this picture: Hillary Clinton and Meryl Streep bizarrely look like they could be sisters. It's cute how excited Streep is to snap a selfie with Clinton! Also note that someone took a picture of the selfie-taking process, which is super meta.

After the presidential election in 2008, Katherine Skiba of U.S. News reported on a poll in which women "complained that news coverage went overboard with respect to the fashion choices of the two high-profile candidates [Clinton and Sarah Palin]. [79] percent said that was true in the case of Palin, who took heat for her high-end designer wardrobe, though only 44 percent said that applied to the pants-suit-loving Clinton." The fact that this is even a discussion is disappointing. So maybe you're wondering, dear reader, "Why is Sonya writing yet another article about the clothes women wear while getting shit done?"

It's not my job to condemn anyone's fashion choices. (That is the domain of Go Fug Yourself.) Rather, my job is to comment on what those choices might mean. The clothes we choose to wear telegraph a message to the world, about who we are, and especially how we conceive ourselves. That message is interpreted according to cultural norms — not always accurately, as when dowdy pundits read deeply into a woman senator's hairdo — but it's worth investigating because the conclusions we draw reveal something about us, as a society.

Tech Cocktail has an interesting post detailing what 70 women wear at their startup jobs. Emma Moore, founder of the design/marketing company Fundamental, dispenses good advice: "I have found that dressing up [a couple times per week] is sufficient. I'm most comfortable wearing jeans and a decent blouse with some nice sandals. If I'm comfortable, then I can focus on my work. I try not to look too sloppy, but if the work is [stressful], then outfits are my last priority. In the end, it is how you carry yourself, your mannerisms, characteristics (hopefully good ones), self-confidence, intelligence, and internal capabilities that define you, not the clothes."

From the opposite perspective, Capitol Hill Style is a fashion blog based in Washington, D.C. intended "for women who don't want to sacrifice their sense of style for professional success. [Capitol Hill Style] features... professional guidance for fashionable ladies with serious jobs [and] is dedicated to the belief that women should dress for the job that they want, not the job that they have."

If you're a lady who works in tech, dressing for the job you want may mean living in a hoodie à la Mark Zuckerberg. But could a woman really get away with that? As illustrated by the criticism leveled at Hillary Clinton's wardrobe, criticism that never touches Barack Obama's staid suits, female professionals are held to higher fashion standards than men in the same field. The media grins along with Zuckerberg's anti-establishment sloppiness, but would a Maria Zuckerberg be treated as amiably? I doubt it.

Vogue explains the closest thing we have to a parallel, extolling "Marissa Mayer's ascent up the corporate ladder" and "her uncanny ability to perfectly answer that age-old fashion question: What is work-appropriate?... During her early days at Google, [Mayer] stood out not only as a star coder, but in her polished Carolina Herrera and Oscar de la Renta separates, as a style setter in Silicon Valley. Her look became her trademark, setting her apart from the sea of hoodies and flip-flops that are so prevalent in West Coast tech world boardrooms." A man can stand out by being a brilliant slob, but a woman is unlikely to lauded for the same strategy.

More like this
Phoebe Dynevor Serves ‘Bridgerton’ Underboob In Stunning Floral Gown
By El Hunt
J.Lo's Micro-French Manicure Has A Fun, Sparkly Twist
By Olivia Rose Rushing
9 Must-Know Tattoo Trends For Spring 2023
By Carolyn Steber
Sephora’s First IRL Store In The UK Is *Finally* Confirmed
By Justine Knight
Get Even More From Bustle — Sign Up For The Newsletter
From hair trends to relationship advice, our daily newsletter has everything you need to sound like a person who’s on TikTok, even if you aren’t.