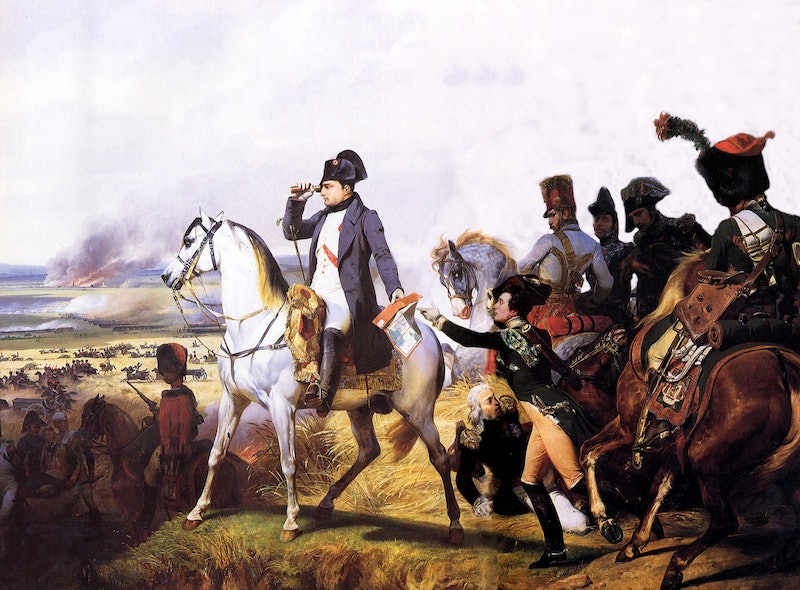 The infamously candid literary agent Andrew Wylie has come out strong against Amazon publishing, saying that he might sell the company a book if they kidnapped his child and "they were threatening to throw a child of a bridge and I believed them."

But this comment is just one among many in an interview feature in The New Republic. Wylie also called the Amazon's practices "meglomania" and compared the business, which opened a publishing wing a few years ago, to the conquests of warmongering Napoleon Bonaparte.

Needless to say this very quotable interview has garnered a lot of attention in the literary world. Writers, publishers, and journalists are basking in the glory of the very candid interview on Twitter. For example:

But Sarah Weinman, news editor for Publishers Marketplace, made a good point about the interview — it is, after all, just the opinion of a single, very successful man:

Weinman's point is an interesting one since, as The Atlantic Wire points out, Wylie's agency has a highly selective clientele:

In some ways, Wylie seems like the last person anyone should be asking about the future of publishing. In a world where Fifty Shades of Grey is one of the top-selling books, he still hates commercial fiction. And his client list is, well, aging. For every rising star he represents, like Chimamanda Ngozi Adichie, there's a dead one — of his hundreds of clients, 92 are the estates of deceased writers.

So perhaps Wylie's view of literature — it's Hermès, not Procter and Gamble — may be a skewed, non-representative one. But his distaste for Amazon's publishing practices may not be totally unfounded, since Jeff Bezos's business-first mindset might not be the most conducive for cultivating today's writers that will be talked about 100 years from now. Though the company created a literary fiction imprint earlier this year, it's hard to imagine a great editor/publisher like Maxwell Perkins thriving there.

But then again, you never know.