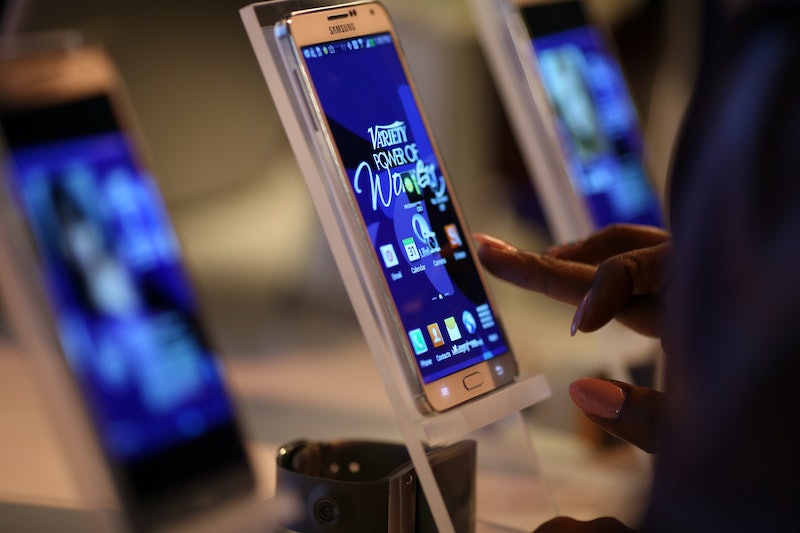 Samsung has been going all futuristic lately, what with their brand-new smartwatch, curved line of phones, and, according to reports, their own version of Google Glasses. But an abrupt ruling by the Obama administration's Trade Commission has forced it to look sharply backwards: thanks to one of many ongoing patent battles with Apple, various older Samsung devices (and no-one's yet sure exactly what they will be) be banned from the United States.

In early August, Apple smugly won a patent battle with Samsung: the US International Trade Commission ruled that Samsung had used two technologies in their products that had already been patented by Apple. The first was a way to detect the user's fingers on the screen, and the second had to do with the inner workings of the audio jack inside of some of Samsung's major products, from smartphones to tablets.

Samsung appealed the ruling, and so didn't have to pay much heed to the ban because the appeal delayed it. The Obama administration reserves to right to overrule the Trade Commission's decisions, as it did in August when it voided the Trade Commission's ban of Apple mobile products. Which was, in an ironic twist worthy of Alanis Morrisette, a case brought by Samsung themselves, who thought they'd won with the Trade Commission's ruing until Obama decided the country really did need their older-generation iPhones. Or something. Obama's was the first overturning of a Trade Commission ruling in 26 years.

Tuesday's ban won't cover Samsung's newer devices, which according to the company were specially manufactured to not infringe on Apple's patents, but will apply to some of their older phones and tablets. No-one's quite sure which ones yet, and all Samsung had to say was the not-at-all bitter: "It will serve only to reduce competition and limit choice for the American consumer." They added that they were "disappointed."

Apple had no comment on the matter, presumably because they were busy punching the air.

Apple and Samsung, who dominate the smartphone industry, have been going head-to-head with patent lawsuits for a while now — in ten countries, at last count — with Apple in the lead when it comes to legal wins. Last year, Samsung was ordered to pay Apple $1 billion in damages for patent infringement. The number was later reduced to $599 million, which we imagine Samsung was no less bitter about.