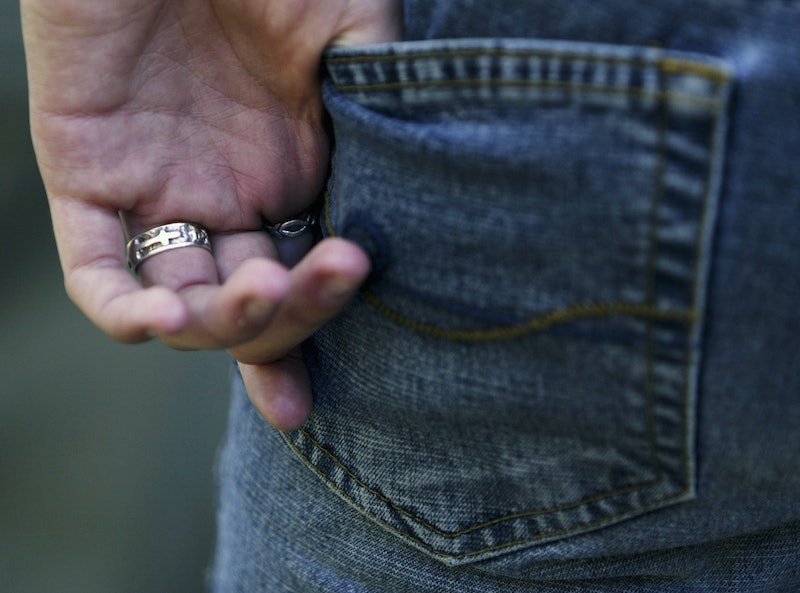 A thoroughly depressing sex study today: Nearly one-tenth of U.S. youngsters say they've forced or coerced someone into sex acts, ranging from kissing to intercourse. The study, published in JAMA Pediatrics , included surveys with 1,058 Americans ages 14 to 21. Eight percent said they had "kissed, touched or made someone else do something sexual knowing the other person did not want to." Three percent said they had coerced someone into sex, 2 percent admitted to committing rape and another 3 percent to attempted rape.

Before you start throwing chairs: It gets worse. Most crimes went unreported to law enforcement, with only 1 percent of all the perpetrators arrested and one percent reporting contact with police that didn't lead to arrest. About two-thirds said no one at all found out about the act.

And worse: About half of the perpetrators said the victim was responsible for their acts of sexual violence. "Because victim blaming appears to be common while perpetrators experiencing consequences is not, there is urgent need for high school (and middle school) programs aimed at supporting bystander intervention," the researchers wrote.

"Victim blaming appears to be common, whereas experiencing consequences does not."

Hearing the latter, it's hard not to think about Chris Brown, who recently told the Guardian that he "lost his virginity" at 8-years-old. His partner was a 14- or 15-year-old girl, and everyone's a bit confused how to label this. Jezebel's Dave Barry has taken a lot of (deserved) flack for failing to acknowledge that children can't consent to sex, no matter if the perpetrator is a (young) woman or the victim is Chris Brown. But most young female perpetrators reported victimizing older individuals.

Girls were also more likely to act in groups, with two out of 10 doing so compared to 1 out of 39 boys. "It is not uncommon to believe that a man cannot be raped by a woman," but "physiological data suggest that men can be raped," the researchers noted. "An erection does not necessarily mean sexual arousal and can be reflexogenic."

More like this
Black Women's Equal Pay Day Highlights An Upsetting Problem
By Brandi Neal
Women Around The World Are Cutting Their Hair In Solidarity With Mahsa Amini
By Darshita Goyal
Breeding Kinks Have Been On The Rise Since Roe V. Wade Got Overturned
By Lexi Inks
Are Quality Time & Gift-Receiving Love Languages Compatible?
By Lexi Inks
Get Even More From Bustle — Sign Up For The Newsletter