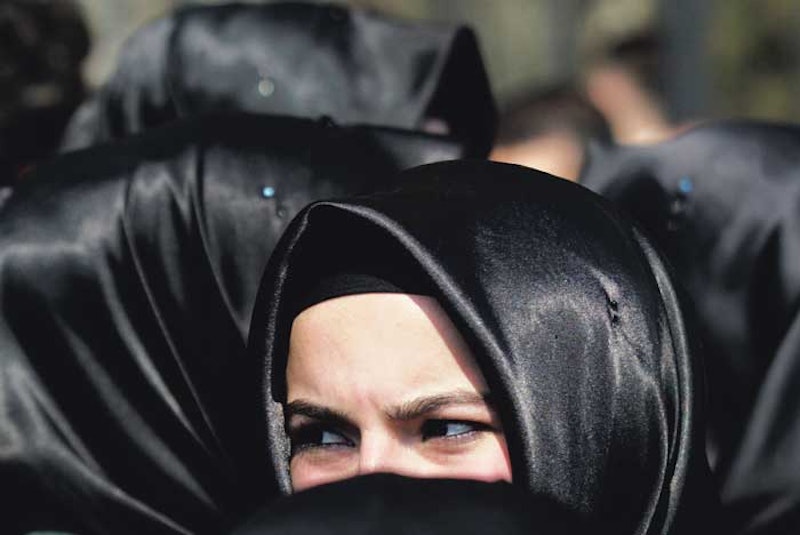 In a reversal of decades-old law, the Turkish government lifted the country’s controversial ban on headscarves in the civil service today. The policy change was instituted as part of a larger set of reforms, labeled a "democracy package" and purportedly intended to rectify inequalities in Turkish society; however, other women's attire—such as low-cut shirts, blouses and skirts above the knee—are still prohibited in government jobs, causing critics to doubt the integrity of the reform package.

"We have now abolished an archaic provision which was against the spirit of the republic. It's a step toward normalisation," said Prime Minister Recep Erdogan, who pledged to remove the headscarf ban shortly after coming to power in 2002. "Headscarf-wearing women are full members of the republic, as well as those who do not wear it."

Modern Turkey was founded in 1923 after the collapse of the Ottoman Empire. Its first president, Mustafa Ataturk, envisioned the new country as a secular republic—despite its Muslim majority population—and to this end, instituted, along with many other secular-minded policies, a ban on headscarves at government jobs in 1925. It’s been a divisive issues in Turkey ever since, and a symbol of longstanding tensions between the country’s religious and secular contingents.

While Erdogan is Muslim, he’s always professed to respect the country’s secular roots. However, critics have accused him of both ushering the country towards Sunni Islam (by, for example, converting secular schools to religious ones and making diplomatic overtures to the Middle East) and attempting to consolidate his own executive power at the expense of individual freedoms.

Dilara Su Muftuoglu, who grew up in Istanbul and works for the Turkish American Gezi Platform, said that the law "seems dishonest," as it "only tackles one side of the issue."

"The ban of headscarves in government workplaces is lifted, but the ban on women's clothing, like sleeveless shirts, skirts that are above the knee, and so on is still in full effect," Muftuoglu told Bustle. "It's hard to find it sincere that the lifting the ban on headscarves was done in order to give women more freedom."

The lifting of the headscarf ban, which Erdogan announced as part of a larger reform package, won’t apply to the judiciary, military and police force.