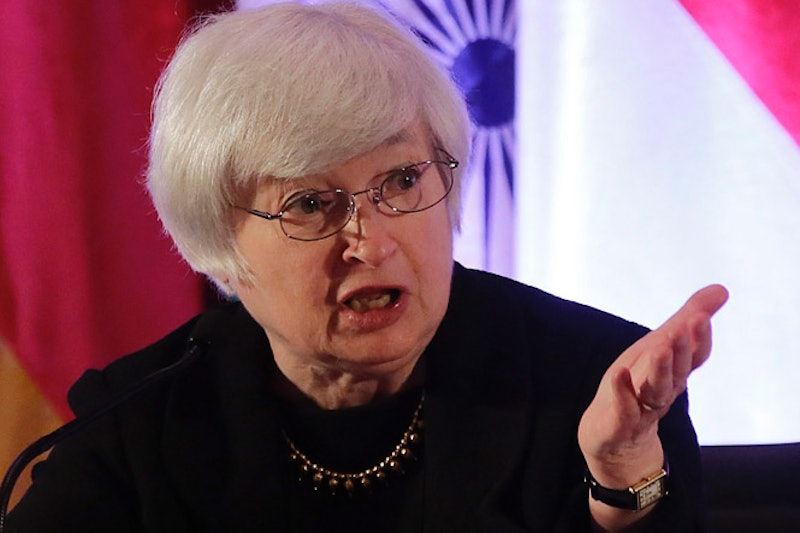 On Wednesday, President Obama will nominate Janet Yellen to be the next chair of the federal reserve, Politico reported late Tuesday. The choice comes after Obama’s first choice for the job, former Council of Economic Advisors Director Larry Summers, was sidelined by Senate liberals. Yellen, who’s been vice chair of the Fed since 2010, will appear alongside current Fed chair Ben Bernanke at 3:00 pm tomorrow in the East Room for the announcement.

Weeks ago, it was widely reported that Obama intended to appoint Summers, who also served in the Clinton administration, to the job. However, Summers’ appointment was opposed by progressives, both in the grassroots and in Congress, who perceived him as being too cuddly with Wall Street and too accommodating to big banks. In addition, he gained a reputation during his time in the Obama administration as a stubborn bully with a difficult personality, particular with regard to female coworkers. This alienated him so much from his fellow politicians that even some Republicans supported Yellen over him.

“I wouldn’t want Larry Sumers to mow my yard,” Republican Senator Pat Roberts said in August. “He's terribly controversial and brusque and I don't think he works well with either side of the aisle, quite frankly."

Amidst this opposition, Summers withdrew his name from consideration in September.

Yellen, by contrast, has been a progressive favorite from day one. In August, 38 women in the House of Representatives signed a letter urging Obama to appoint her to replace Bernanke, and a CNN survey of economists showed them overwhelmingly preferring Yellen to Summers. She was a vocal proponent of the Fed’s surprise decision last month to continue its stimulus initiatives until the economy recovers further, and will likely continue those policies as Fed chair.