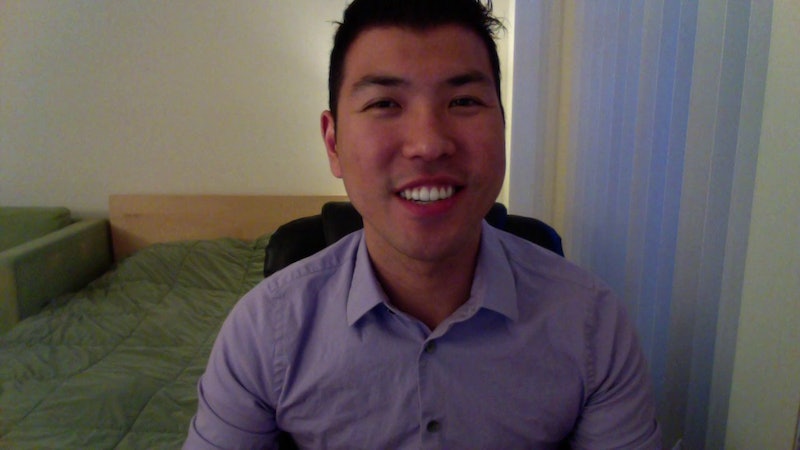 I could do without the title of this CNN op-ed: "I'm a male feminist. No, seriously." Wow, folks, a real live dude who supports gender equality — bananas! I know writers don't always choose their titles, so I was prepared to give John Brougher the benefit of the doubt on this one. But then I noticed the same "no, seriously" on Brougher's about.me page, in reference to the Fast and the Furious franchise. Who is John Brougher? He is a dude incredulous at his own support for women's rights and car movie sequels, apparently.

He is also a tech marketing exec who blogs at a website called MaleFeminists.com. And the rest of his CNN op-ed isn't too shabby, actually. In it, Brougher writes:

My feminism is a simple belief in equality. I'm a feminist because I believe that men and women are and should be equal, but we're not treated equally right now.

He goes on to list examples of everyday sexism he sees around him, and then gets to the point I think every self-identified male feminist voice needs to focus on: What guys can or should do about it, and how sexism is bad for them, too.

...though sexism doesn't always cry out at the shrill pitch it once did, even though attacks on women can be increasingly subtle, men still have a crucial role to play.

Not only do we help create the inequality, gender norms, and messages that hurt and objectify women, but critically, we suffer from its barbs as well.

...Sexism doesn't just hurt women, it breaks our very humanity. And ultimately, that's why I'm a feminist. Because women deserve to be treated as equal human beings, and it hurts every single one of us when that's not the case.

Right on. Though male feminism is a divisive topic, I'm always enthused when men self-identify as feminists. The more men don't publicly fear the feminist label, the more other boys and men will be able to stop seeing feminism as some sort of threatening, man-hating, matriarchy-promoting agenda. People like to say that making feminism friendly for men isn't the point, and of course not. But making gender equality palatable to all of us is, or should be.

The idea of "male feminism" has taken a beating lately, in the wake of the very public breakdown of well-known male feminist blogger Hugo Schwyzer. But I think it's a mistake to take Schwyzer's case as overly representative or a general warning against men in feminist spaces. If you're looking for some some good male feminist writers to follow, see Michael Kauffman, Ally Fogg, Noah Berlatsky, Kevin Carty and Jeff Fecke. And you can follow Brougher on Twitter here.