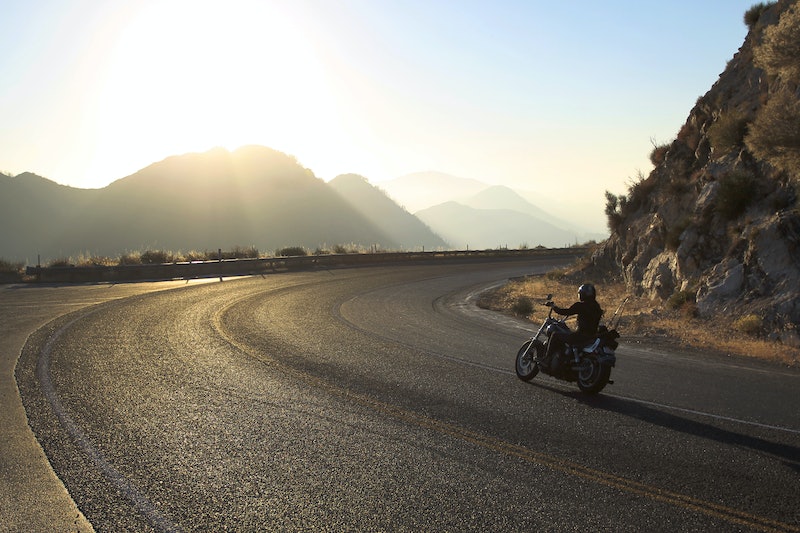 Last week's viral incident involving a host of motorcycles and an SUV took a new twist Wednesday: an undercover NYPD detective had joined the gang of motorcyclists in smashing up the Range Rover, according to new footage seen by New York City investigators. The officer, Wojciech Braszczok, who had a 10-year history with the NYPD, was in plain clothes at the time, and has since been charged with rioting and criminal mischief. He's expected to face an arraignment later Wednesday.

Video footage of the incident went viral after it occurred on a New York highway last week: the Associated Press reports that a male driver in an SUV felt threatened when a group of motorcyclists surrounded and attacked his car, and that the driver accidentally hit and grievously injured one of them when he tried to speed away. The group caught up to the car and began hitting it, allegedly dragging the driver, Alexian Lien, from his car and beating him while his family remained in the vehicle.

Braszczok was off-duty when he joined the rally of motorcyclists on Sept. 29, and didn't report the incident to his superiors for three days. Though off-duty cops typically act when they see crimes occur, the rules are different for those who are undercover, and his attorney said that Braszczok was worried that he would be suspended or dismissed; as sometimes happens to officers who blow their cover. DNAInfo reported that he was part of a troupe of six undercover NYPD officers who had joined the rally, but it's unclear what the involvement of the other five officers were. Braszczok's attorney had initially claimed his client wasn't physically involved in the incident, and had watched events unfold without participating. Footage apparently proved otherwise, revealing the detective punching and kicking Lien's SUV.

At least five other non-NYPD motorcyclists are facing charges in relation to the incident. The man who was hit when Lien sped away, Edwin Mieses Jr., could face lifelong paralysis as a result of his injuries. Lien required stitches after being beaten by the group of men, and his wife has claimed that he initially drove away to protect her and their two-year-old daughter, who was in the car at the time. Lien has not been charged.

The incident went viral after being captured on video by another motorcyclist with a helmet camera, who claims that he was only a spectator to the violence that unfolded. The biker, Kevin Bresloff, then posted the video on YouTube. Though he's been accused of tampering with the video and not filming the ensuing beating of Lien to protect his fellow motorcyclists, Bresloff has denied the allegations. He's said that he's since received death threats, and fears for his life.

More like this
Jeffrey Dahmer’s Arresting Officer John Balcerzak Got His Job Back After Being Fired
By Grace Wehniainen
Chris Kaba's Family Continue Fight For Justice After Viewing Police Bodycam Footage
By Sophie McEvoy
Gabby Petito’s Family Responded To The New Lifetime Movie About Her Final Days
By Grace Wehniainen
Where Is Lionel Dahmer Today? Jeffrey Dahmer’s Father Reflected On The Serial Killer’s Death In 2020
By Brad Witter
Get Even More From Bustle — Sign Up For The Newsletter