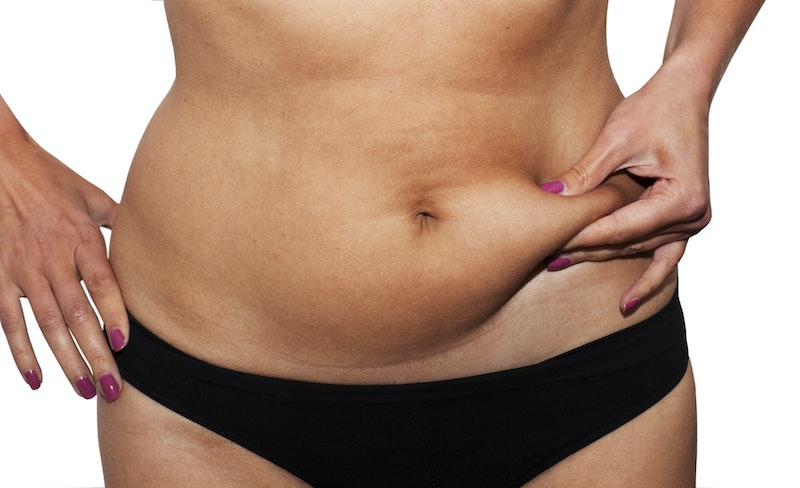 I am not now, nor have I ever been, overweight. Even three long years as a binge-eater (Pita bread. Diet cheese. 4 AM. Tears.) didn't make me fat, and I blame my brief chubby period at age 15 on the fact that I was living in Switzerland at the time. Still, my healthy BMI hasn't stopped me from going on usually insane and always unsuccessful diets. Here are the highlights.

The time I went on a juice cleanse.

I once spent an entire afternoon reading Gwyneth Paltrow's website, Goop. Aside from a name that makes me giggle because I have the maturity level of a pubescent boy, this website has tips on how to live like America's WASPy Princess. (Fifty)Five minutes in, and I was sold on the Blueprint Cleanse. $300 later, several days worth of pulverized rabbit food was on its way. They recommended going raw, or at least vegan for five to seven days before the cleanse. My juice was coming the next day but, not to be deterred, I ordered dinner from the vegan restaurant that I passed and scowled at on a weekly basis. It was disgusting. After a thorough investigation (Google search: What vegan food isn’t gross?) I learned I could have Oreos for dinner.

Still pumped for my colon, skin, and energy levels to improve, I packed up my cooler and headed to school. Like so many of my actions, I performed this one not so much for its own sake but so I could talk about it (and blog about it later). If people didn't ask about my cooler, slung over my shoulder like a purse, I'd walk up to large groups — Hey guys! Have you seen my cooler? You know, I'm doing a cleanse. — then pause for my audience's reaction. I drank two juices in two hours, got home, and hit the Oreos. What did I learn? The best part about eating is chewing.

The time I ate only shrimp.

My mother, a champion dieter, has always held that shrimp basically has no calories and therefore you can eat unlimited amounts. I learned that in the womb, along with the fact that bananas are the most fattening fruit. Right after the month-long binge that was learning Italian in Switzerland, I was desperate to lose weight. Thus began The Week of the Shrimp Diet. I ate it in all different forms — with cocktail sauce (whose calorie count I wisely ignored), on a skewer, stir fried, grilled. I literally ate nothing but shrimp —and no, I'm not misusing the word literally. I would probably still be on this diet had my friend not told me that an all-shrimp diet is the reason flamingos were pink. It's true.

The vending machine diet.This one wasn't so much a diet as a lifestyle I imposed on myself via financial circumstances and laziness. The scene: Freshman year of college. I'd spent all of my money at Urban Outfitters and I also was averse to the whole "leaving the dorm" thing. There was a vending machine in the lobby — No pants, no shoes, no problem! — and it accepted "Columbia Dollars", also known as not real money because it came from my parents. Two or three times a day, when I could be bothered to get out of my 18-inch-wide bed, I made my pilgrimage downstairs for a Kit Kat or a pack of SourPatch Kids.

I ate nothing else. For weeks. Oddly enough as it was completely unintentional, this diet resulted in the most weight loss. My weight dropped into the double digits. I looked terrible — I know this because multiple people told me I looked terrible. Instead of being appropriately horrified, I would respond with a huge smile — HOW terrible though? Like 1-10 on the Nicole Richie 'The Simple life to Russian gulag prisoner' scale? This is now a biannual occurrence to this day, during finals and midterms. The SourPatch diet is not only economical but also incredibly effective. If you eat enough SourPatch Kids, your mouth starts to hurt and blister, preventing you from any further eating. Magic! But as far as healthiness goes? I certainly wouldn't recommend it.