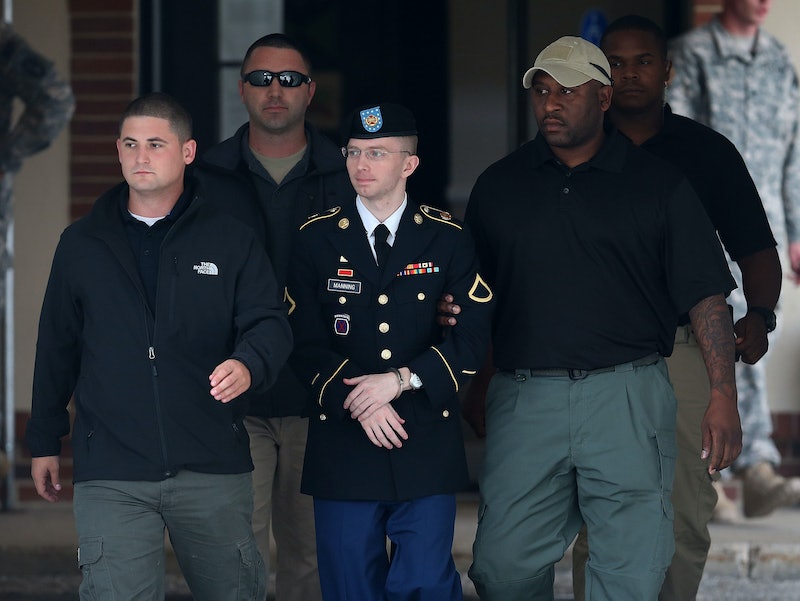 Chelsea Manning, the former Army private who leaked government documents to Wikileaks, wants you to know that's she's not a pacifist. Manning released a statement Wednesday with details after learning that she had been awarded the Sean McBride Peace Prize, which was accepted on her behalf by peace activist Ann Wright.

In the two-page statement, released on prison stationary still bearing her old name, Manning wrote about a "substantial disconnect" between what she's experienced in the last few weeks and what has been said about her in the world. The McBride Peace Prize was the biggest surprise, she wrote, because she "had absolutely no idea that [she] received the award, let alone accepted it."

"[T]o make matters worse, now there exists the possibility that there might be more false impressions out there in regards to how I feel about the award, how it ties to my actions in 2010, and who I am," she wrote. Manning refuted Wright's statements on her behalf when accepting the award in a letter complete with footnotes.

Wright had said that Manning was "overwhelmed" to be recognized with such an award. But Manning says her actions weren't done in the service of peace, and she doesn’t consider herself a pacifist or anti-war. “I’m a ‘transparency advocate,’” she wrote. “I feel that the public cannot decide what actions and policies are or are not justified if they don’t even know the most rudimentary details about them and their effects.”

Manning was sentenced to 35 years in prison in August, after being found guilty of violating the Espionage for leaking over 700,000 cables, many of them top-secret, to Julian Assange’s organization. (Assange spoke out against a mainstream movie about Wikileaks today.) Whistleblower Edward Snowden — whose actions gave terrorists a “guide book” “to evade us and strike at will,” MI5 head Andrew Parker said today – is frequently compared to Manning.

Her attorney, David Coombs, said he’d let her know about the award over the summer, but it’s possible she was inundated with too much other information to remember. Wright, too, was apologetic. “My intention was to reflect in an appropriate way Chelsea’s views drawn from her statement to court and her previous comments. I deeply apologize to her,” she said.

In her letter, Manning was sure to say that she believes there were no ill intentions on anyone’s part, but that, nonetheless, she had been misrepresented. Basically, Manning says she and her lawyer have more important issues to discuss than Wright or a peace award. There's, you know, trial stuff, as well as the struggle to fight for Manning's right to transition in prison. Good thing it sounds like there are no hard feelings.