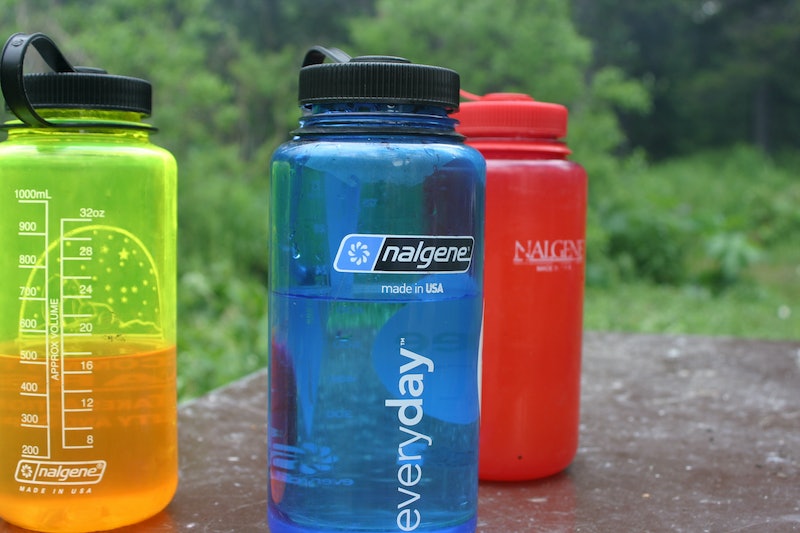 Fears over the safety of bisphenol A, otherwise known as BPA, have amplified over the last few years. The chemical, found in many plastics and cans, can act like a hormone in large doses, and the FDA and various toxicology agencies have investigated the speculated link between BPA and cancer — particularly breast cancer — since 2008. On Wednesday, the debate was once again sparked by a USA Today report that reaffirmed the alleged link between BPA and breast cancer, positing that it seemed to be unsafe to children. Forbes immediately hit back in a furious editorial, accusing the USA TODAY reporter of being "misleading" and ranting about the "baleful state of health reporting" of the chemical.

The important question is obvious: just exactly how dangerous is BPA? The answer depends who you're asking. Studies go back and forth about what degree of exposure to BPA is harmful. The short answer is that BPA, in large doses, would likely be bad for you — but the use of the chemical in household products isn't large enough to necessarily prompt fear. In 2010 the FDA said that the chemical might pose a risk to babies and toddlers — BPA was then often present in babies' bottles — and banned manufacturers from making sippy cups, baby bottles, or formula packaging with the chemical. The EU has followed suit.

One study, published in the journal Environmental Health Perspectives, found that mammary glands could be hormonally altered by BPA, thus raising the risk of cancer. The USA Today article published Wednesday pointed to the study as a prime example of the ill effects of BPA, but didn't mention that some points in the study were later retracted; most notably the wording. According to Forbes' Trevor Butterworth, who wrote Wednesday's piece and several on the subject before it:

The title of the version first published online was (emphasis added):

Butterworth points to several other parts of the journal's text that withdrew their original, conclusive claims and instead vaguely "suggest" a link. The research findings do indicate that BPA could have carcinogenic effect on rats, but past the obvious difference — namely, that humans are far larger and anatomically different from rats — the rats experienced a radically different dose of BPA than the average human encounters with the chemical amount to. According to Butterworth, one director at the National Institute of Statistical Sciences apparently said, when shown the data: "There is no dose response for cancer, which is their claim. The observed results… are consistent with chance."

The USA Today piece emphasized that an advocacy group, the Breast Cancer Fund, had found the chemical harmful — though the "medical" claims of any group advocating strongly in one direction should generally be taken with a punch of salt. That's not to say that the advocacy group is necessarily wrong, but Forbes does have another weapon in its arsenal: a recent study funded by the Environmental Protection Agency, which published findings in the journal Food and Chemical Toxicology that indicated the dosage that would cause harm in an adult human is far, far greater than the amount any human is likely to receive from plastics and cans. Additionally, the FDA recently conducted an experiment on monkeys that concluded that BPA was likely not harmful to them. (Though the FDA had previously done a similar study that suggested that it could be.)

Do any of Forbes' arguments confirm that BPA is a safe chemical? No, but that's not that point that the article is making. According to Forbes, full-scale investigation of the chemical has only just begun, and the very first, initial study has only found that such levels are probably not harmful to adult humans. It may be discovered that exposure to baby bottles in infants has a different effect, but that hasn't yet been proven. Until it is, advocacy group claims, retracted studies, and any single side of the BPA controversy should be balanced out with the valid research that lends weight to the opposite argument.