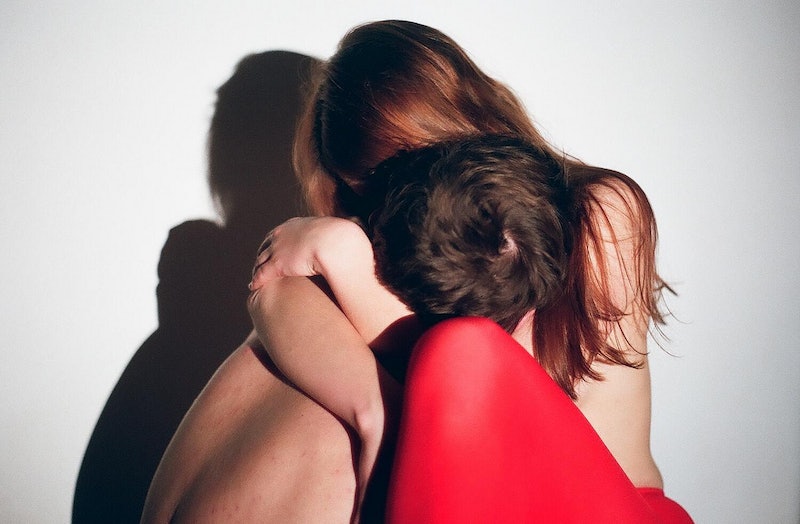 We need to stop demanding to know peoples’ “numbers" — and I don't mean our phone numbers or our credit scores. I'm talking about the number of people that you've had sex with. Once taboo, the topic has suddenly picked up steam over the past few years, popping up everywhere from major newspaper articles to website think pieces — it was even the basis for a 2011 romantic comedy called What's Your Number?.

But all this coverage hasn't necessary led to people becoming more enlightened about the concept of sex numbers. A lot of writing on the topic — including the plot of the aforementioned film — hinges on the idea that one's sex number (and a woman's sex number, in particular) can mark you, especially if your sex number is one that is considered "too high" by many people.

But really, what’s in a (sex) number? Does it actually define you? No way. Who you sleep with is your business and no one else is in any place to judge.

So while some people love to share their sex number, if you don't want to, you don't have to. Don't let the trend towards discussing sex numbers make you feel like you have to reveal yours. Your number is your business, and if you want to shout it from the rooftops, that's great — but if you want to keep it to yourself, that's great, too. Here are nine reasons why revealing your number should be your call — and you shouldn't let anyone make you feel bad if you opt to keep it in the vault.

1. It’s No One’s Business But Yours

Even though social media has turned us all into a bunch of over-sharers, there are still some aspects of our lives that are really not necessary for public consumption. Your number is one of them. You shouldn't feel compelled to reveal your number just because some people feel entitled to know everything about you. No one deserves or needs to know details of your life that you feel uncomfortable discussing — not partners, not family members, no one.

You're funny, witty, compassionate, and totally badass — facts that are in no way reflected by your number. In fact, your number reflects nothing about you or your personality —it only reflects how many times you've had a new sex partner. Nothing else. So no one needs to know your number in order to "really" know you.

3. You're Under No Obligation To Tell

Even if you're just sitting around with your friends and everyone is throwing their numbers out there, you aren't obligated to join them. As your mother would say, "If everyone jumped off the Brooklyn Bridge, would you, too?" If someone else wants to be candid with that information, good for them — but it doesn't mean you should feel like you have to do the same.

And if your friends rag on your for not revealing your number, ask them why they're so hellbent on finding out. Why isn't just revealing their own number enough for them? Odds are, either looking for a reason to judge or want to make comparisons. And you don't owe them that.

4. Your Partner Doesn't Need To Know

Things your partner does need to know: your STD status. Your preferred safe sex method. Whether you like it with the lights on.

Things your partner does not need to know: the number of people you've been with before them. Airing that information is not "required" for you to like or even love someone; and anyone worth liking or loving will understand that.

5. It's Just Not Relevant

While our past helps shape who were are, it's still the past — and the best thing about the past is that we can leave it behind us. What does the number of people you slept with in the past really have to do with the person you are today? If you feel that it has nothing to do with who you are, you don't need to make your sex number part of the story of how you became who you are.

6. Most People Lie About It Anyway

Studies have shown that both men and women tend to lie about their number. So no one really expects sex numbers to be truthful. If that's the case, why are we sharing them at all?

7. The Double Standard Isn't In Your Favor

Men get high fives for owning their sexuality and having lots of sex, while women get slut-shamed ― but you probably already knew that. The numbers game plays into that dynamic — note that men are rarely asked their number (and no one would ever try to make a rom-com where a man gets worried that his sex number has rendered him unlovable). You don't need to take part in this sexist game.

8. Not All Partners Are Created Equal

Not all sexual partners carry the same weight in your life or your memories — so treating your partner of three years and your 2011 Mardi Gras one-night hook-up as equally relevant in your sexual history is just silly.

9. There Are More Exciting Things To Talk About

There's an entire world out there, full of wonderful conversation topics! There's breaking news! Politics! The arts! All things that are, by far, more exciting to talk about than the amount of people you've banged in your life. Hell, even the weather is more exciting.