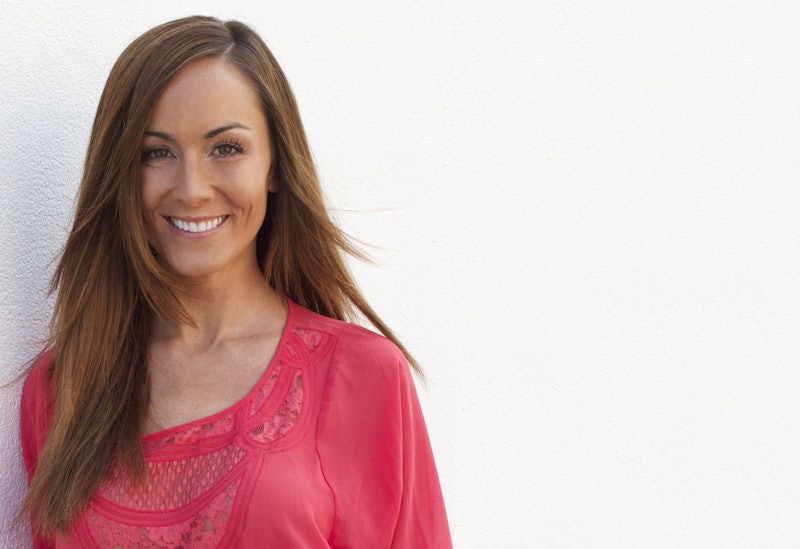 If a movie adaptation of A House In the Sky (Scribner) happens, its trailer probably won’t be set to an uplifting Florence Welch song.

A House In The Sky by Amanda Lindhout, $7, Amazon

Lindhout’s memoir does start off with a hundred pages of expected, feel-good armchair travel (“Something was unfolding for me, especially as one long bus ride led to a second and a third and we floated deeper into Venezuela, following a loose plan but not a schedule. The effect was narcotic.”), but the real story is found in her brutal imprisonment at the hands of Somali insurgents. Before that, however, you can’t help admiring the hustle of a woman who works six weeks at a time in nightclubs to save up enough money to go backpacking in Pakistan, only comes back when her account balance is $0, and six weeks later does it all over again, somewhere else.

Lindhout’s leisure traveling quickly segues into traveling for work as she begins writing columns for newspapers in Canada, and any other freelance jobs that come her way. One of these is for the state-run Pakistani news agency, which she quickly realizes is a glorified propaganda machine. Realizing she needs a fresh start away from the “fancy-pants”, formally trained , and icy-cold official journalists, she heads to “hell on Earth” (Somalia) to make her journalistic mark.

Although Lindhout’s career path may seem breakneck and ill-advised, she argues with her mother that: “What was reckless, I decided, was the way people were writing off huge swaths of the world as unsafe, unstable, unfriendly, when all they needed to do was go off and see for themselves,” which, in Somalia, she does. For all intents and purposes, she does it right, too. She hires a “fixer”, or a liaison to all things Somali. Ajoos, her guide, speaks the language, knows the people, and has a solid track record of keeping journalists safe in a country torn apart by war. Lindhout is never without bodyguards, translators, or her old flame Nigel Brennan, a photojournalist and her former lover whom she convinces to come on one last trip with her. All of this, though, can’t protect her from the Somali raiders that capture her and Nigel and keep them imprisoned for more than a year.

A House in the Sky isn't such a straightforward memoir for all readers, however (read: chauvinistic, conservative, concern-trolls). It's prompted some strongly-worded op-eds whose underlying messages seem to be that women (especially pretty ones) don't belong in a warzone. The themes of these pieces suggest that Lindhout’s femininity (and attractive appearance) makes her kidnapping and torture acceptable, or at least unsurprising to people like Henry Makow who think "Amanda Lindhout unconsciously wanted to be taken hostage and abused."

Some of the ire falls on Lindhout because she didn't have formal training and therefore shouldn’t have been in a combat zone. As Andrew Cohen writes:

But who is Amanda Lindhout, what was she doing in Somalia? [...] News reports indicate that Lindhout didn't work in journalism in Alberta, nor did she study it in school (not that J-School is a prerequisite). But she does take pictures. [...] It also didn't hurt that she is a long-legged beauty.

Yet plenty of trained journalists have been captured, and are captured every day — in fact, Lindhout’s captors had originally planned to capture two seasoned men working for National Geographic. Lindhout admits that she knows Somalia is a dangerous place — she is not as naive as many readers would like to paint her — and that’s why she hired guides and wore bulletproof vests, and took as many of the neccessary precautions as she could.

Despite this, other reviews of the book have described her “reckless abandonment of common sense”. Why is it that when a man is captured he is a hero, but Lindhout is a “minimally educated young woman” whose capture and decision to write a book is “a little too opportunistic”? Need we forget that well-respected foreign correspondent Richard Engel had essentially the same background as Lindhout when he started, with only "a Bachelor of Arts in international relations and no real clue what I was getting into. I didn’t speak a word of Arabic or have any contacts in the Middle East"? Yet Lindhout is outright scolded by Margaret Wente, who says "My sympathy is tempered by the fact that narcissistic, recklessly naive people like Ms. Lindhout are often their own worst enemies. They bring trouble not only on themselves, but on their families, their helpers and fixers and the governments that get involved in rescuing them."

By comparison, Nigel Brennan, her ex-lover who was also captured with her, and who had even less warzone experience than Lindhout, gets to wear his badge of “ex-hostage” proudly, while Lindhout is still fighting a constant stream of re-victimization and blame. As she says in an interview with Vogue about a Huffington Post headline describing her ordeal (“Chained, Starved, Raped”) “Maintaining my dignity is so important to me. […] I would never, ever, present myself that way.” The sad truth is that if she does, the same rhetoric used by her rapists — that she deserved it for not being a good woman—will be thrown in her face once again.

A House in the Sky isn’t, however, a self-indulgent slog through a woman’s captivity. Lindhout isn't looking for anyone to feel bad for her; conversely, she’s looking for sympathy for her captors. She says, “I understand that those boys and even the leaders of the group were products of their environment — a violent seemingly unending war that has orphaned thousands of children and reaches back almost twenty years now.” Lindhout’s empathy, in the face of those who have done and still do her so wrong, is what is most striking about A House in the Sky, and what elevates it from a sob story into something truly striking.

More like this
I Read Prince Harry's 'Spare' So You Don’t Have To: 11 Highlights To Know
By Marina Watts
Your Guide To Watching 'Everything Everywhere All At Once' In The UK
By El Hunt and Sophie McEvoy
'GoT' Star Emilia Clarke Says She "Just Can't" Watch 'House Of The Dragon'
By Brad Witter
Saving Money Around The House Would Be So Much Easier If You Tried Any Of These Clever, Cheap Things
By Sara Brown-Rigoli
Get Even More From Bustle — Sign Up For The Newsletter
From hair trends to relationship advice, our daily newsletter has everything you need to sound like a person who’s on TikTok, even if you aren’t.