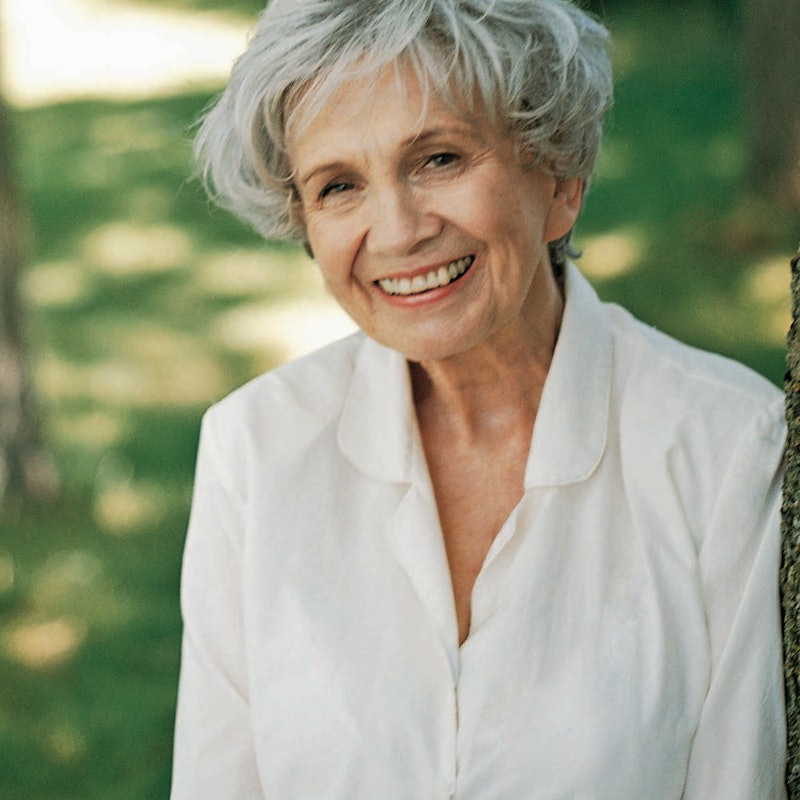 On Thursday, Canadian short-story writer Alice Munro won the 2013 Nobel Prize for Literature. (She, apparently, missed the phone call, however.) The Swedish academy called the 82-year-old writer a “master of the contemporary short story.” Each year, the $1.2 million Nobel is given to the writer who "shall have produced in the field of literature the most outstanding work in an ideal direction". She's only the 13th woman to win in the prize's 110-year history.

Munro is the author of 13 short-story collections — and has never written a novel. "Sometimes I look at novels and see how short people can make them. If I can string a story out to 60 pages surely it can't be too hard. It doesn't work," she told The Guardian in an interview in 2003.

revolutionized the architecture of short stories, often beginning a story in an unexpected place and then moving backward or forward in time. She brought a modesty and subtle wit to her work that her admirers often traced to her background growing up in rural Canada. She said she fell into writing short stories, the form that would make her famous, somewhat by accident.

Earlier this year, after receiving the Trillium Book Award for her most recent collection Dear Life, Munro announced her probable retirement from writing in an interview with the National Post. "I’m probably not going to write anymore. And, so, it’s nice to go out with a bang," she said. Well, um, this one's a big bang-ier, I suppose.

We've already said how excited we are to see women getting immense props this year in the writing world (35 Under 35! Man Booker Shortlist! MacArthur Genius Grant!), so this just adds another tally to that list — but more importantly, we're thrilled to see short stories contextualized with important literary triumphs, finally getting the due recognition they deserve.