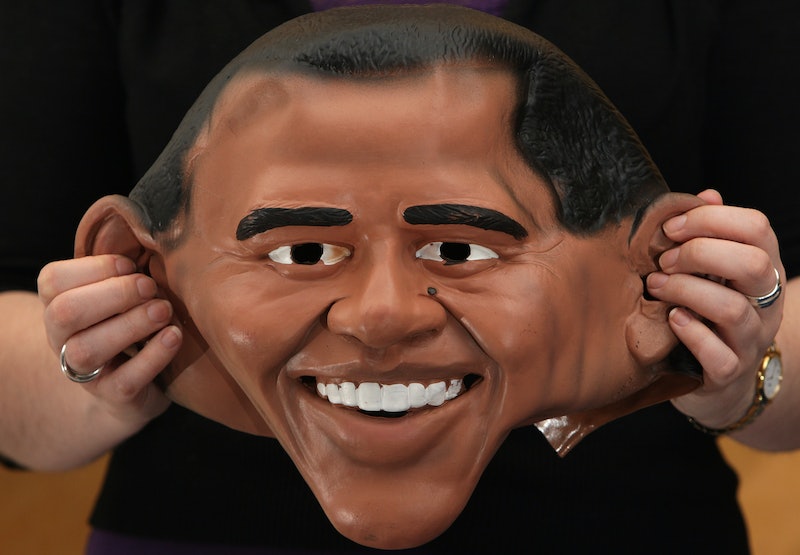 As the government shutdown enters its 10th day, apparently everyone has an opinion on what the incident says about Congress and the Obama administration. Including, um, the Taliban, which has apparently issued a statement expressing their view that the shutdown doesn't say good things about the state of American government. (Is "pot, kettle, black" sufficient here? Nope, we didn't think so, either.) According to French press agency AFP and Arab news service Al-Arabiya, Taliban members in Afghanistan issued a statement Wednesday stating that the shutdown proves that American leaders are “sucking the blood of their own people.”

"The American people should realize that their politicians play with their destinies, as well as the destinies of other oppressed nations for the sake of their personal vested interests," the Taliban apparently continued, calling U.S. leadership "selfish and empty-minded." They accused the nation's leaders of taking the hard-earned money of their citizens and using it to continue "shedding the blood of the innocent and oppressed people.” The Taliban has some suggestions: the "money should be utilized for the sake of peace."

Thanks for your input, guys!

Somewhere in Washington, President Obama is banging his head against the wall.

The government shutdown has left hundreds of thousands of government employees out of work, nixed or delayed important federal aid, and forced the closing of numerous parks, museums and monuments. While both sides have said that they would supposedly compromise in order to get the government up and running, the caveats they've put in place have proven too much for both sides. Earlier this week, President Obama said that he would be happy to talk negotiate with Speaker of the House John Boehner, but only if extremists in the Republican party loosened up on their demands.

"I’m not going to do it until the more extreme parts of the Republican Party stop forcing John Boehner to issue threats about our economy,” Obama said. “We can’t make extortion routine as part of our democracy.”

Still, it appeared Thursday morning that the GOP might be willing to offer a temporarily compromise: a raise to the debt limit, as long as Obama agrees to negotiate the shutdown terms. Hey, maybe we won't have to ask the Taliban for advice after all!