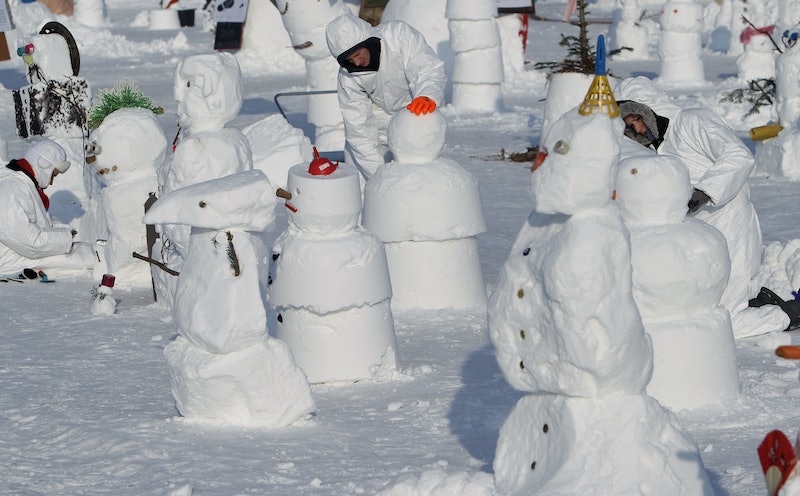 A new study is helping to pinpoint when cities across the globe will see a serious change in weather due to global warming — and those temperature swings may be coming sooner than you thought. The study, published in the journal Nature , tells us that without some serious progress on the climate change front, temperatures around the globe will continue heating up, causing a bevy of problems. According to the new study, some of those serious temperature increases could take hold in as little as ten years.

The study looked at what year the mean temperature in certain global cities would surpass temperatures seen during the previous 150 years.

By 2023, some Caribbean cities, like Kingston, Jamaica will already be feeling the increase in heat. Lagos, Mexico City, Mumbai, and Bogota will all see some serious changes to their climate before 2035. Major U.S. cities like New York and Washington DC have a longer timeline, until about 2047, which researchers found to be the average date for significant climate changes.

Tropical locations are most at risk, which is a huge problem because these lower-latitude areas often have some of the highest species diversity. Significant changes to the climate in these areas will put a greater number of plants and animals at risk. (Including koala bears!) People are also more greatly concentrated around the areas where temperature will rise most dramatically, suggesting that climate change will impact humans more rapidly than we may have originally expected.

The consistent rise in temperature is caused by a slew of manmade problems. Researchers say that if greenhouse gases can be stabilized to a better level, it could buy us some time, pushing the average date for significant temperature increase back to around 2069. (When, we presume science will have magically figured this whole mess out?)

As for other measures of global climate health, significant damage has already been done. The study showed that when it comes to ocean pH, the level of acidity climbed above historic norms somewhere around 2008.