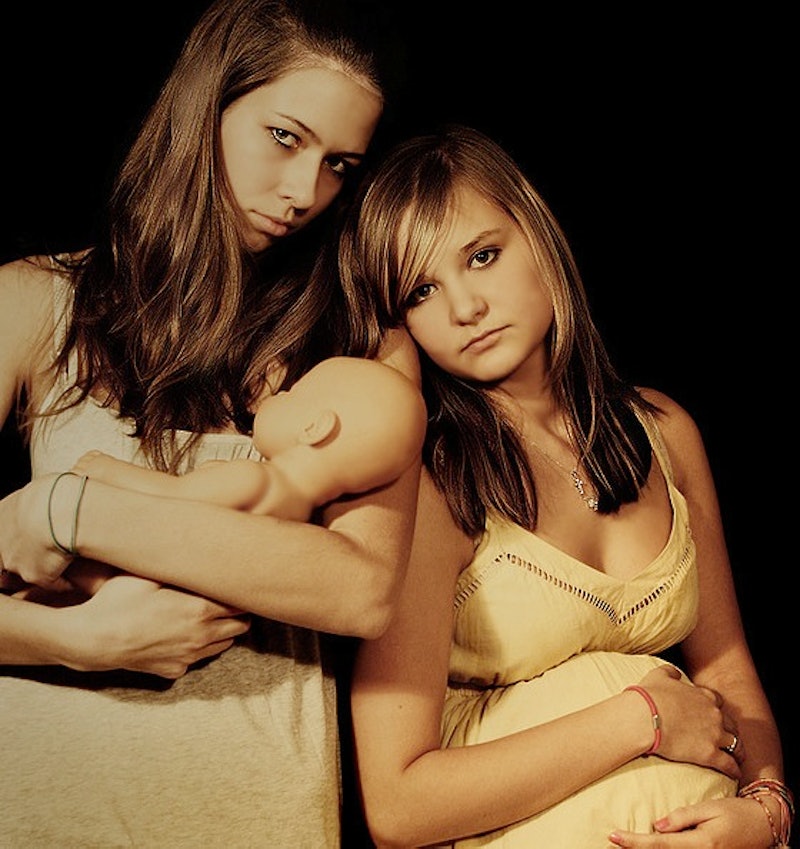 How well do you know your birth control? According to a new study from The American College of Nurse Midwives, American women don't know much. Results revealed that, of the 1200 women between the ages of 18 and 45 surveyed, 70% felt informed on the subject of abstinence (It's pretty straightforward, right?), while only 55% felt knowledgable about condoms and 49% about birth control pills.

The study revealed that the pill and the male condom remain the most popular forms of artificial birth control among respondents. 27% of women use oral contraceptives, 20% rely on condoms, 13% on withdrawal (where were you when you were supposed to be in sex ed?), and 12% on abstinence.

It's astonishing how little women know about the effectiveness of these methods. If you're on the pill – don't lie – have you ever skipped a day? If the answer is yes, you risk being one of the nine women out of 100 who get pregnant every year, according to Planned Parenthood. If the answer is no, you still have a 1% chance of getting pregnant. For women not willing to give birth or get an abortion, there is some serious thinking to be done.

This is not to preach abstinence, which is be highly unrealistic goal for, really, anyone human. When Texas lawmakers cut sex-ed down to a strictly "abstinence only" program, teens actually ended up having more sex. And since they weren't taught about contraceptive methods, by 2007, Texas had the highest teen birth rate in the nation.

A lot of this ignorance comes from a lack of communication with health care providers. 40% of the women surveyed reported they did not "receive in-depth counsel or information from their health provider on how to use the type of birth control they were prescribed." 1 in 10 women said they were pressured to choose one form of birth control over another, and only 64% were presented with more than one contraceptive method. If you're a teenage girl, you'll probably just hear about the pill and the condom.

Not only are we given a lack of choices, too often health care providers gloss over the potential side effects of given methods. Do you prefer hormonal birth control or barrier methods? What pill brand is the least dangerous? Choosing a contraceptive method needs to be an informed decision. Birth control is much more complicated than just abstaining from sex, and no one is going to argue for that more strongly than women empowered by knowledge. Then we might be more ready to take on that infamous Republican "conscience clause."

More like this
6 Dating App Tips To Try If You're Looking For A Serious Relationship
By Lexi Inks
Wanna Try Hinge's New Video Prompt Feature? Here Are 7 Tips
By Lexi Inks
Breeding Kinks Have Been On The Rise Since Roe V. Wade Got Overturned
By Lexi Inks
Are Quality Time & Gift-Receiving Love Languages Compatible?
By Lexi Inks
Get Even More From Bustle — Sign Up For The Newsletter