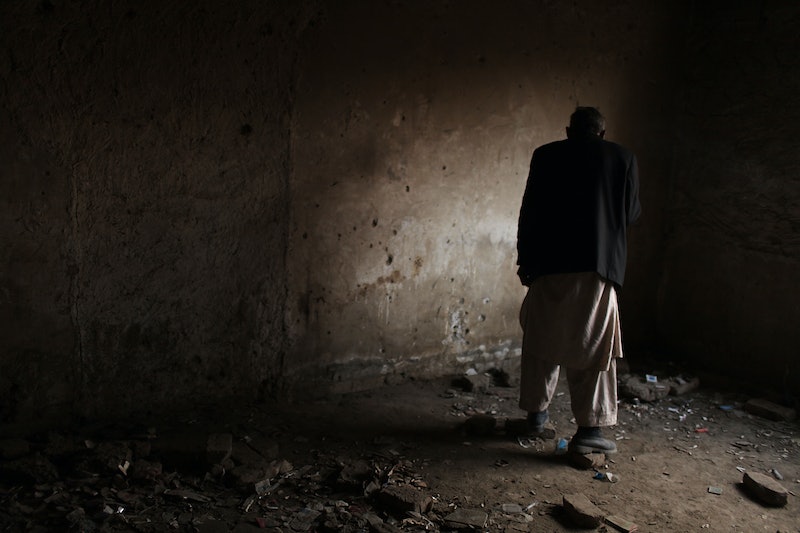 Well, that was quick. Two weeks ago, an Arizona medical center reported the first American appearance of flesh-eating street drug krokodil. Now, authorities in Chicago said Thursday that three more cases of the drug's use have cropped up in an Illinois suburb. The drug is infamous in Eastern Europe, particularly Russia, in which it's a popular, cut-price alternative to heroin for hard-drug users. Meticulously cooked from household products, krokodil's fatality rate is sky-high: withdrawals are so unbearable that ex-users are sometimes placed in medical comas, and the drug poisons your brain, your organs, and strips the flesh from your bones. It's named after the crocodile, due to the scaly, blistering impression it lends to human skin after a short period of use.

The three cases seen in Illinois' Will County were all young women, according to medics who treated them, and a reported fourth case is unconfirmed by the medical center. Medical staff said that the women were suffering from gangrene, which can set in after just a short period of using the drug. The center's director of addiction services helpfully described the scene: "The smell of rotten flesh permeates the room." The incident follows two cases at an Arizona treatment center, and an reported case in Massachusetts in April.

The Drug Enforcement Administration hasn't officially confirmed the presence of the drug, and spokespeople for the DEA told Fox News that nothing had been sent to their labs as yet. That hasn't stopped widespread panic that the socioeconomically devastating drug has infiltrated the United States, with media outlets invoking the phrase "zombie drug" due to krokodil's dangerously addictive nature and the, um, flesh-eating element.

But don't freak out just yet: several European countries have witnessed cases in Russian expats, but they remain anomalies in the Western world. One toxicology expert told the Washington Post that there are less risky alternatives for addicts, and thus krokodil will pose a minimal risk: "We have an abundance of heroin, and an abundance of OxyContin, oxycodone, and other opiates." (Um, good?)

In Russia, roughly a million addicts in recent years have started cooking and regularly using the drug, which is made at home from codeine and other household products, like paint thinner and gasoline. As Bustle reported after the initial Arizona outbreak:

The addiction starts like this: a user spirals into frequent heroin use, and finds that he or she can no longer afford it. Heroin is an expensive drug, with a "high" that lasts only about six hours, meaning the user then has to find a way to afford their next hit. Krokodil is a different kind of "high," but it does mute any heroin withdrawals, though users report that it feels "dirtier." The average krokodil high is an hour and a half, but it takes between 30 minutes and an hour to cook. So the user ends up cooking krokodil, taking a hit, cooking it again, taking another hit — and the spiral continues, now far, far, harder to escape from than heroin.

Make no mistake: krokodil is a physically and mentally devastating drug, often leaving its users with permanent brain damage or lost limbs — if they manage to stop using before their death, which typically occurs two or three years after they begin taking it. We've attached ABC footage of Russian krokodil addicts, but be warned: images are graphic.