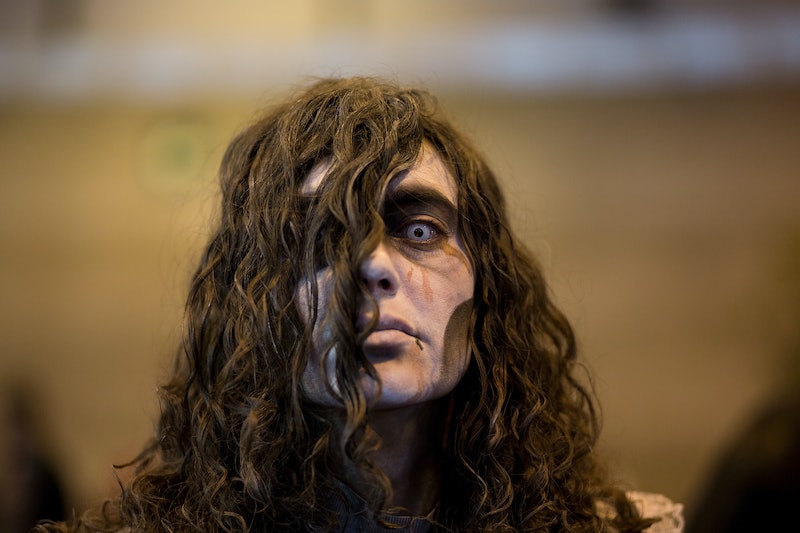 Are you over all the speculation on how to survive the zombie apocalypse? Well that's just too bad, because as long as there is a World Wide Web, people are going to be talking about it. Luckily for you guys, this includes statisticians at Cornell, because scientists are giant nerds no matter what field they study. (As someone with a heavily scientific background, I promise you this is true.) In an effort to make their epidemiology research more accessible to the public, a group of researchers decided to use their PhDs to answer the age-old question: what would happen if there was an outbreak of a zombie virus across the continental United States?Unsurprisingly, the answer doesn't really match up with The Walking Dead . In pop culture, the virus "is usually assumed to affect all areas at the same time," graduate student Alex Alemi explained to Science Daily. The virus infects people in cities and the country at the same rate, spreading so quickly that within months, there are only a few groups of human survivors left. While this makes for super entertaining television (Walking Dead haters to the left, please), Cornell's model found that in the real world, that's not quite how things would go down.

According to researchers, cities would be the first to go, but it could take weeks for the virus to reach rural areas. In fact, people in the northern mountain-time zone would have months to prepare before zombies started showing up. "Once the zombies invade more sparsely populated areas, the whole outbreak slows down," Alemi told Science Daily. When there are fewer people around to nibble on, there just aren't as many new zombies being created. Not exactly a high-stakes, fast-paced race for survival, is it? I mean, I already resigned myself to a quick, untimely end in the event of a zombie apocalypse since I only live a few miles away from the Centers for Disease Control, but that somehow seems a little unfair. According to Alemi, the best plan for avoiding being torn apart by a shambling horde of zombies, as fun as that may sound, is to head for the northern Rockies. File that under "argument to use next time I'm caught in a heated Facebook debate."

All this is pretty fun stuff, but... why did Cornell feel the need to spend money on modeling a fictional apocalypse, exactly? Despite the natural assumption, it wasn't just because a bunch of graduate students got tired of collecting the tears of failing undergrads, or whatever it is they do in their spare time. The model actually has a few practical applications. First, it actually serves as a legitimate model for an epidemic across the United States — specifically, it's a variation of the traditional SIR (susceptible, infected, and resistant) model, with the addition of providing practice with statistical physics. Secondly, and just as importantly, it's attention-grabbing. “A lot of modern research can be off-putting for people because the techniques are complicated," Alemi told Science Daily, but if there's anything to be learned from the Internet, it's that people love zombies. Let's be real here. Would you have clicked on the headline if it had said "Researchers Model Infectious Disease Outbreak, But Slightly Differently And With More Physics?" Me either.

Plus, you know, zombies! What's not to love about that?