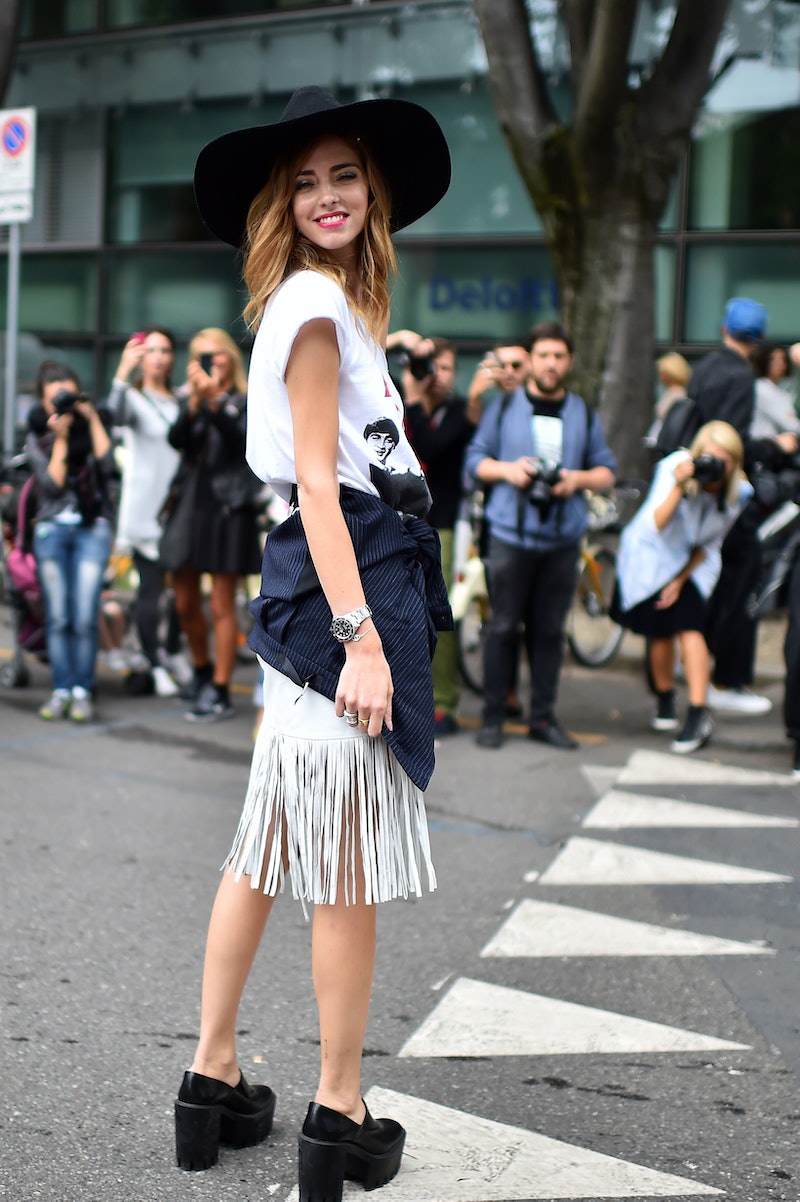 Fashion Month kicked off in early February, and is still on a roll almost a month later. This week, social media timelines and newsfeeds have been flooded with snapshots from Milan. Although runway shows such as Prada, Dolce and Gabbana and Pucci undeniably stunned, the street style stars offer up something a tad bit more enticing, especially when compared to street style from New York Fashion Week.

While taking to the streets of Milan, the candid shots of people heading to the shows offer up something that was missing from New York Fashion Week. They smile a bit brighter, their outfits look a tad bit more comfortable, they seem to not mind being outdoors and appear to be going no where fast. This, of course, is much different than the street style photos in New York, in which people seemed to be in a rush, not very happy, and suffering greatly with a decision to either be plagued with frostbite so that their very expensive, well put together look doesn't get overshadowed by their coat, or cover themselves in fur coats that will make them stand out from the hundreds of other fur coats hopping from show to show. So, why exactly do fashion show goers in Milan look better in street style photos and as if they are actually having a good time? The weather.

To help you channel your jealousy, let us take a look at the temperature in Milan right now.

Yes, those who are vacationing/working in Milan are enjoying temperatures in the lower to mid-50s while New Yorkers are facing yet another winter weather advisory that is anticipating inches of snow, sleet and freezing rain. Today's weather in the Big Apple isn't far from what fashion show goers faced during New York Fashion Week, in which it snowed twice, photographers fingers turned brutally red and people stood outside for hours to get their photos taken. Those photos would have probably come out a lot happier if their cheeks and lips weren't frozen. For added proof of how the fashion people in Milan are enjoying fashion week far more than New Yorkers did just weeks ago, check out the comparisons below.