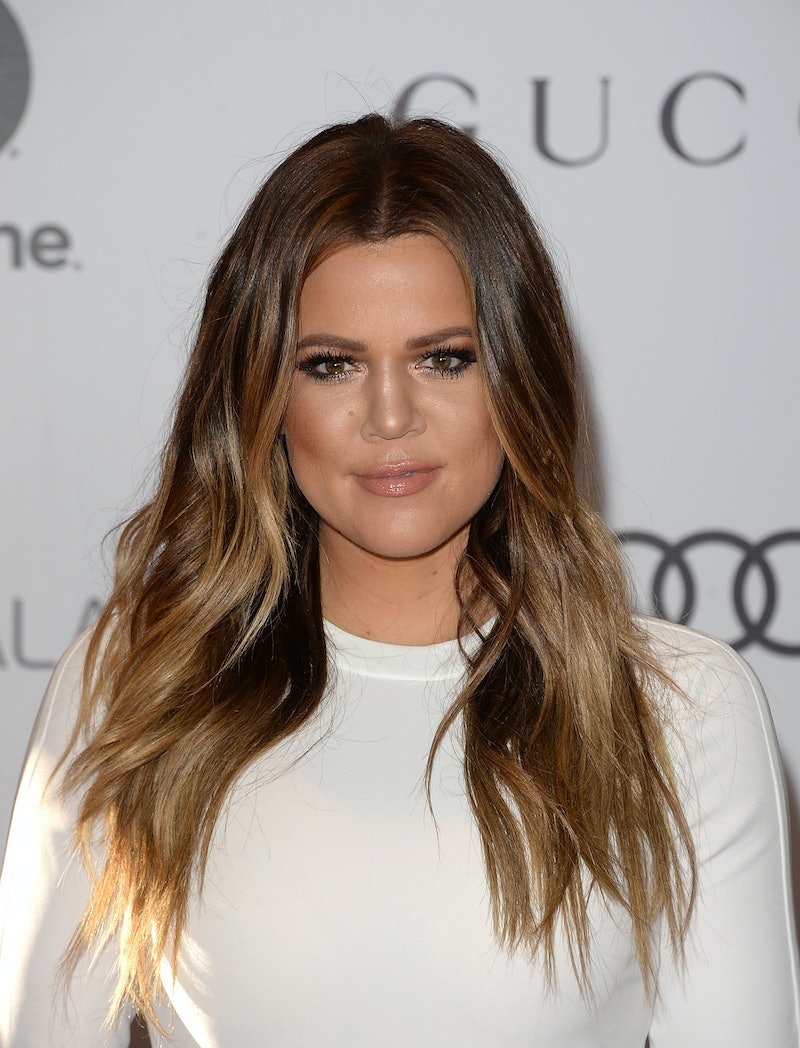 Kim, is that you? Khloe Kardashian went blonder and looks just like her sister, Kim Kardashian. Guess the two share more than tiny waist-trained waists, now.

Khloe was spotted walking through LAX on Sunday, with her hair highlighted bleach blonde. None of that ombre stuff. I'm talking full-on, to-the-root blonde. With her locks parted down the middle in loose, face-framing waves, and an all-black ensemble with some pretty fierce heeled booties, I almost had to do a double take — she looks so much like Kim. Luckily for Khlo, Kim's currently got a bob and also went back to her dark, natural hair color, so they won't exactly be "twinning" if seen together in public.

Khloe has certainly been making her share of headlines lately, first with her waist training Instagram snap, where the Keeping Up With The Kardashians star revealed a new super tiny waist, and then with rumors that the youngest Kardashian was in talks to star as a Fashion Police co-host, following Kelly Osbourne's departure. It's possible that this new look is in anticipation of the role. But either way, the 30-year-old looks better than ever. I wonder if Kim's starting to regret her hair chop now?