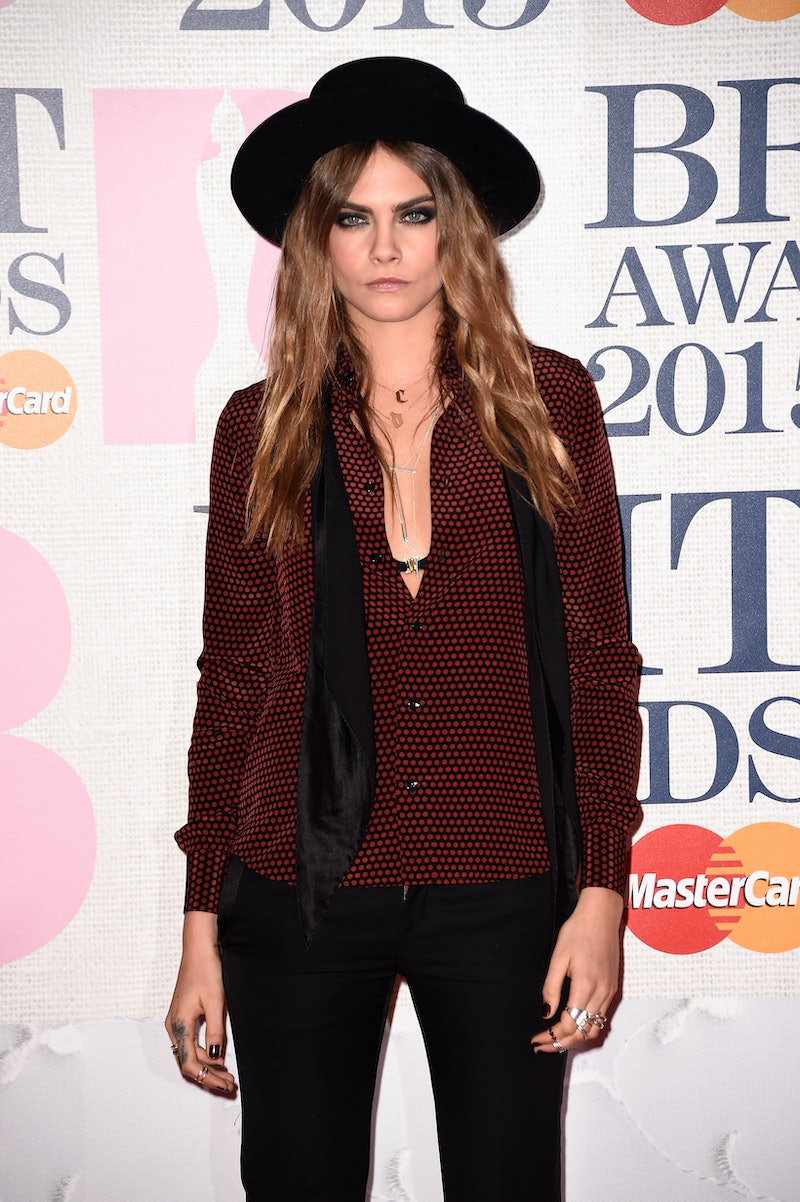 She may be one of the biggest fashion icons, but Cara Delevingne has apparently been taking style tips from a pretty unlikely source: her ex, Harry Styles. Cara attended the BRIT Awards on Wednesday night in an outfit that looked straight out of Harry's closet. They always say couples start to dress alike, but I'm not sure that applies after they break-up...

Delevingne walked the red carpet wearing a red, plaid shirt with a plunging v-neck, skinny black trousers, and a large, wide-brim fedora. With her grungy hair and chain necklaces, she was one ship tattoo away from looking like Harry's twin. But she didn't stop there. Though the British supermodel changed into a more feminine dress to present at the awards, she was spotted at the after-party in another Harry-esque ensemble. In a white, sheer button-down, a black blazer, and a draped pattern scarf (and of course that giant fedora), the 22-year-old proved her ex taught her well when it comes to style.

It's slightly bizarre, but Cara has always been into menswear, and as far as men go, Harry has the best style out there (I mean, T-Swift even wrote a song about it), so I guess the comparison is a favorable one. But let's take a look at a few other times Cara dressed like her famous ex.

Obviously style soul mates, so maybe just get back together already?