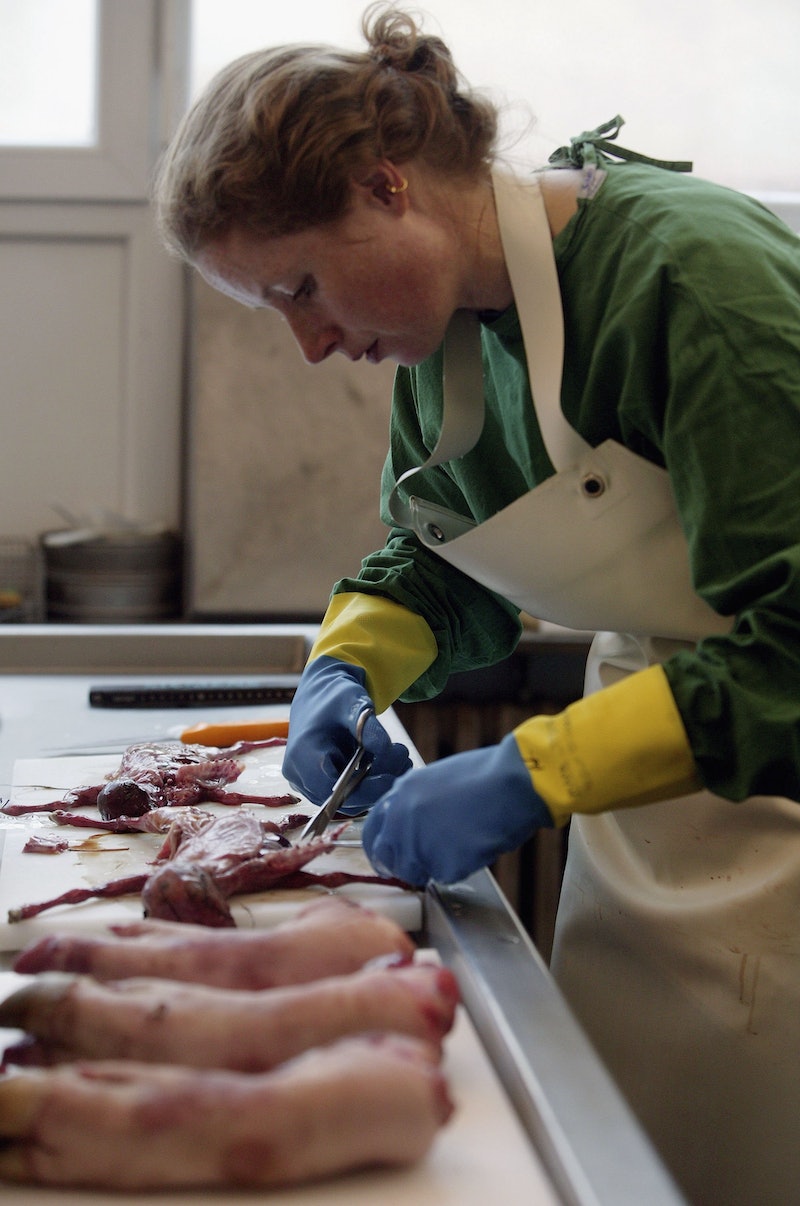 Looks like the nearly two week-old government shutdown isn't just a drain on American's spirits and wallets: it could also prove hazardous to our health, as evidenced by a recent outbreak of salmonella. On Thursday, the United States Department of Agriculture said that Foster Farms, the California-based company that owns three facilities where salmonella was found in raw chicken this week, could stay open.

According to the USDA, Foster Farms runs three of the processing plants linked to an outbreak of salmonella that made around 278 people in 17 states sick. Earlier this week, the USDA said that if Foster Farms didn't clean up its act, they would be shutdown. But apparently, the company has made some significant strides when it comes to preventing further illness.

Foster Farms hasn't been forced to pull its chicken products from shelves since investigators from the Department of Agriculture have yet to link the salmonella outbreak to specific chicken products or specific preparation areas.

Coping with this particular instance of food-borne illness has been made all the more difficult by the government shutdown, which has depleted resources at agencies like the Food and Drug Administration, Centers for Disease Control and Prevention, and Department of Agriculture. Though meat inspectors for the Department of Agriculture are still on the job, many employees at coordinating firms, like those at the CDC who investigate disease outbreaks have been left sitting at home.

While the CDC has been able to recall some of its furloughed workers, the center certainly isn't at full strength, which is particularly bad news given the severity of the outbreak. About 42 percent of people who were infected with salmonella were admitted to the hospital — that's about double the normal rate. The outbreak contains several strains of the disease, some of which are proving resistant to traditional antibiotics.