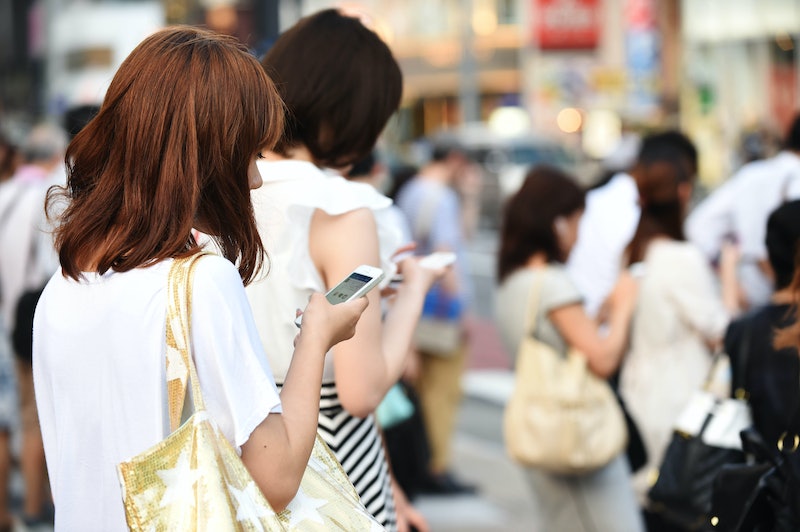 Everyone's favorite dating app now comes with a price, particularly if you're pushing 30. According to The Independent, Tinder Plus launches today with rate hike for users age 28 and up, and a host of new features. Don't freak out just yet, though, because "regular" Tinder hasn't changed — although the number of swipes is now limited, says founder Sean Rad. However, if you want the new goodies, everyone has to pay. For those under 28, the upgraded app costs a reasonable £3.99 a month (about $6), but if you're over 28, it costs £14.99 per month (about $23), the UK publications report. Prices have not yet been released for the US version.

So what do you get for your money? New ways to find matches (and matches you might have missed out on). With its "passport" feature, Tinder Plus brings you the ability to look for matches around the world, regardless of where you currently are. Love British accents? Well now you can cruise London from the comfort of your apartment in Philly. Tinder Plus also provides the long-desired option to rewind and snag that gorgeous dude on his motorcycle after you had already swiped left, just in case his bad boy looks obscured his love of baking and knowledge of veterinary medicine. But enough about my fantasies.

The most disheartening part about Tinder Plus is obviously the ageist pricing which nearly quadruples the cost of the app for those almost or in their thirties. So what gives? Do they think that people over 28 generally have more money to spend so they'll spend it? Or do they think users in that age bracket will be so "desperate" to find someone that they'll pony up any amount of money to hook up and connect? It's as if "older" users are being penalized and fined for being fundamentally less desirable than younger users. This only serves to further stigmatize dating for anyone but babies. I'll swipe left to that.

More like this
Behind The Hilarity Of The "POV: You Walk Into My Room" TikTok Trend
By Lexi Inks
Why TikTok Is Flooded With Controversial Videos About "Pick Me Girls"
By Courtney Young
How To Turn Off Night Mode On Your iPhone Camera
By Emma Carey
26 Ghost Story Podcasts To Get You Ready For Halloween
By Jessica Booth, Mia Mercado, JR Thorpe and Emma Carey
Get Even More From Bustle — Sign Up For The Newsletter