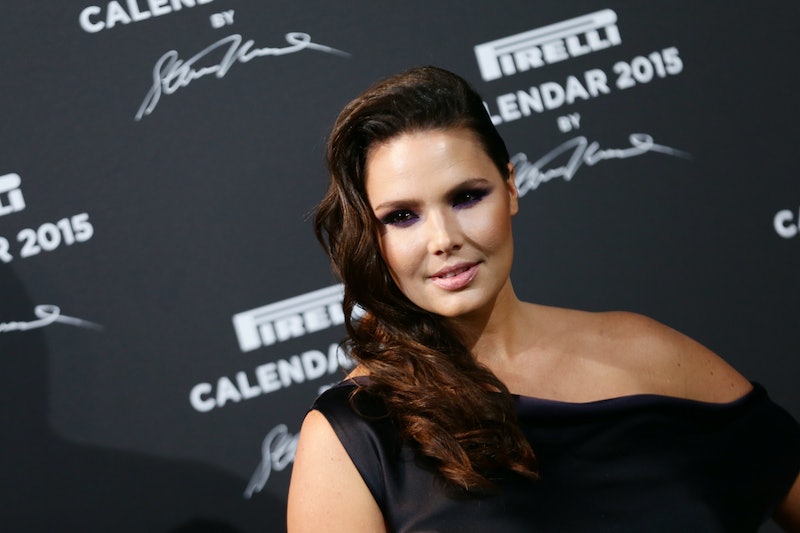 At this point, it's [literally] impossible for you to have missed the celebration (and controversy) surrounding the visibility of plus-size models lately — what with Tess Munster being the first size 20 model signed to a major agency and Robyn Lawley and Ashley Graham featuring in Sports Illustrated 's Swimsuit Edition. We're only days into March, but 2015 already seems like it's bound to eclipse 2014 in terms of wins for plus-size fashion, size acceptance and body image. If you're rejoicing, I'm right there with you — this feels like it's so huge that I'm a little bit in disbelief, almost scared that it will go away.

The amount of acceptance and even applause that the conversation about size acceptance have received has been surprising, although these moments have not been without their backlash. That's not unexpected, given the fat shaming so prevalent in our society. But the weird part (that in retrospect should have been anticipated) is that people are sort of acting like these movements are brand new concepts, and suggesting that their success is due to a "new breed" of plus-size models. The implication is that plus-size models didn't exist before Ashley Graham or Candice Huffine, when in reality, Emme and others like her have been modeling for decades. Whilst there is definitely something different about today's leading ladies, it's not something proprietary to the specific models who are achieving success. As lovely as they are, I'm willing to bet that the birth of the "Curvy Girl Era" is down to society finally being ready to accept and see such women.

I've seen this happen so many times before: Marginalized people work hard and hustle to get good at what they do and build up an audience on their own, only to find that there's no place for them. The connections aren't available, they're told they're too "provocative." In general, humans just aren't ready for them. To imply they don't exist, though, or that they haven't existed until the "new breed" of them, is just disingenuous and insulting. It suggests that people can only exist once the general population is cognizant of their existence. This is how the myth of "there are no black female comedians on SNL because there aren't any who are good enough" got started. I think we all know Leslie Jones is out there killing it right now, so there clearly were funny women of color in the world. The reality is that no one bothered looking hard enough to find them. Perhaps they didn't bother to look at all.To those who question the existence of plus models pre-2014, I ask, "Do you truly believe that these women just spent the past decade baking in a 'plus size model' pan at 300 degrees until they were ready?" They've been out there working hard at their careers to ensure that body positivity and size acceptance can someday be fulfilled. And it's not just them: The reason why these victories feel so huge — so personal to so many of us as fellow plus-size babes — is because they validate our existences, too. We know that the reason why Ashley Graham and Tess Munster are having their moment and making change right now is partially due to the work done and the foundation laid by so many activists and so many "regular" women unapologetically refusing to live life anything but visibly. Society definitely has a long way to go when it comes to size acceptance and body image, but it's the work of these people that's even allowed us to be having such conversations in the first place.

Pretending that the media and fashion industry were devoid of plus models prior to now because there simply "weren't any available" is not just erasure of these people and this kind of work; it also makes it so that we're pretending that we all didn't play a part in it. Following the "new breed" narrative is dangerous because it doesn't force us all to confront the fact that plus models have existed and that we've just never wanted to see them until now. It's a convenient way of washing our hands clean from having to do the work — from having to see who is missing from the spotlight or who isn't present in the imagery and representation out there in order to take responsibility for our part in their "invisibility."