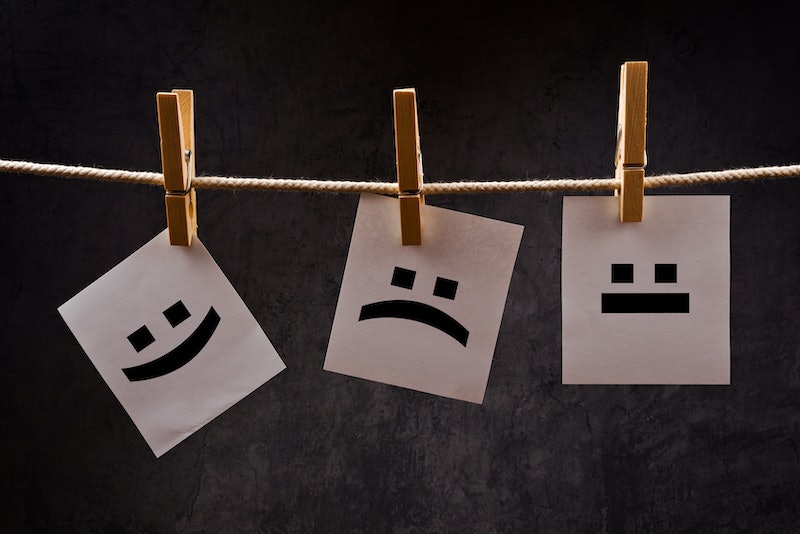 As more and more of us resort to using only emojis to communicate with our friends (nothing says “I had an awesome time last night!” like confetti and a martini glass), it's fun to think about what new iMessage characters we would all benefit the most from. But not all of us are as socially graceful as the average Millennial — so it's a good thing BuzzFeed has us all covered with their new video, “14 Emojis Every Awkward Person Needs In Their Life.” We've finally gotten more diverse emojis and a taco emoji is hopefully on the way; why not start catering to the Socially Awkward Penguins of the world, as well?

As someone who does communicate largely with emojis (and for the record, my friend group would probably most enjoy a guilty Gilly emoji and a middle finger emoji), it’s fun and silly to dream up new symbols or to think of creative ways to use the ones we already have (see: book titles written in emoji). Even though BuzzFeed's video was inspired by the everyday trials and tribulations of awkward young people, I think that these emojis can express much more than what they were intended for. Just look at these symbols and tell me you wouldn't use them. They're the ones we've been waiting for all along!

Here are five of my favorites, along with a primer as to how you might use them; scroll down to watch the whole video.

1. Girl Staring At Her Phone

This “pretending to text” emoji can be used not only when you are avoiding social interactions at a party, but also to show your friends how you feel when they don’t answer your messages fast enough. It can also be used to communicate that you are still waiting for that cutie to text you back.

Though this symbol is advertised as a failed attempt to flirt with a crush, it could also be useful in portraying just how drunk you are when your friends inquire (that is, very).

This emoji is for awkward people who would much rather text than speak on the phone. I suspect it could also be used by people attempting to animate their reaction to juicy gossip, or by eleven-year-olds discovering that landlines were once a thing.

This emoji can be used to communicate how badly you want to avoid small talk, but it can also show how you feel when you get called on in class. IT might also indicate that you are looking for a place to pee in the woods; or, it can be used as a perfect reaction to when your friend asks if you want to accompany her to the gym.

It may primarily exist for those of us who aren’t great at taking photos, sure — but this emoji could basically apply to any situation: Attempting long division, experiencing a brain freeze, communicating how long the dressing room lines are at Zara, and much, much more.

For more multi-dimensional emojis, watch the whole video below.