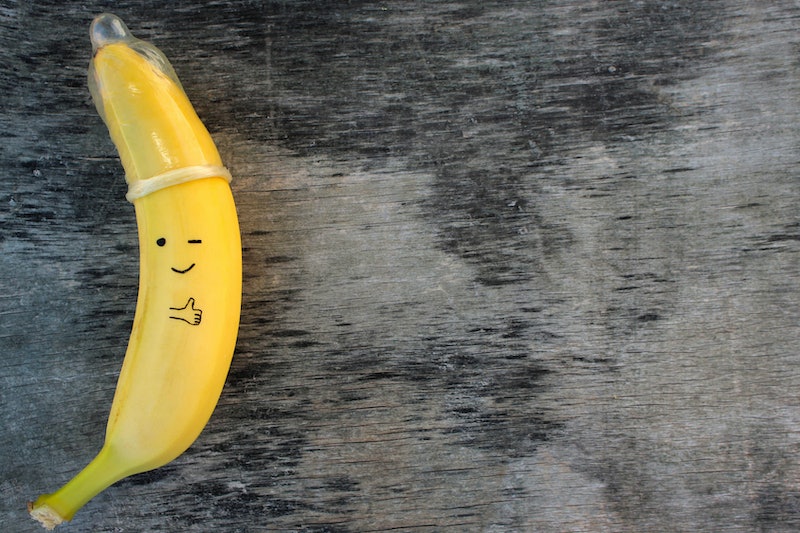 Sex can be many things, but one thing it very rarely is — if ever — is magical. This is particularly true of the very first time you have sex. Because let's face it: No one ever has any idea what they're doing the first time round. Not only that, but if these first-time sex mistakes from Reddit are anything to go by, then we all made pretty much the exact same goofs anyway. Isn't it nice to know that we're all in it together?

The AskReddit thread in question, titled “What did you do wrong the first time you had sex?” asked the denizens of the content-sharing site to spill all the unfortunate details about their first sexual encounters. Most of them fell under the heading of “Mortifying at the Time, Hilarious in Retrospect." But you know what the best part is? They're all totally relatable. I'm not kidding when I say that most of us probably made at least a few of these mistakes our first times out. What's more, we've probably all made a few of them without the “Well, it's my first time” excuse, too. Sex can be messy, complicated, painful and hilarious — often all at the same time. But as long as everyone is on board with whatever's happening, then go forth and experiment. It's a learning experience, right?

Here are 13 “don'ts” to avoid when you have sex, thanks to all the folks who figured them out firsthand. Head on over to AskReddit for more.

1. Having A Nice Chat

I'm pretty sure that only works if you're Martin Freeman and Joanna Page in Love Actually.

For the curious: Yes, you can break a penis during sex. Not having a penis myself, I can't speak from personal experience, but from what I gather, it is extremely painful and requires an extremely long recovery period. Just, y'know … FYI.

Come to think of it, the term is something of a misnomer, isn't it? According to the Online Etymology Dictionary, the name might have initially begun as either a euphemism for "suck" or as a reference to to the “explosive climax of an orgasm.” Its colloquial use appears to be fairly recent, dating back to 1961. However, as The Grammarphobia Blog notes, the first recorded usage of the term "blow job" goes aaaaaaaaaaall the way back to 1650. Aren't sex terms hilarious?

Redditor sturdy55 took one for the team and explained to everyone why this happens when you put a condom on incorrectly:

The more you know.

5. Cuddling Instead Of Peeing Immediately Afterwards

Or doing anything else instead of peeing immediately afterwards, really. Let this be a lesson to us all: Do not forgo peeing right after sex. You will regret it.

7. Not Getting Familiar With the Territory First

Never underestimate the importance of anatomical diagrams. Thank goodness for the Internet, right?

In retrospect, this is pretty comical. Although I'm sure it was just kind of like, “... That's it?” at the time.

10. Using Too Many Condoms

Wow. Just … wow. I mean, I knew that wearing more than one condom was a bad idea because two of them rubbing against each other has a habit of breaking them both. But this? This sounds terrifying. I say this from the bottom of my heart: I'm glad that your dick is okay, Electroniclog.

11. Using Something That Is Not Meant To Be A Condom As A Condom

Did anyone else's vagina just scream in horror? Because mine sure did.

12. Pretending You're An Expert

Honesty may not always be the best policy — but in this case, it most certainly is.

Yeah. No. Never do that. If you do, you are officially the worst.

More like this
The 19 Best Tweets & Memes About Bisexual Awareness Week
By Lexi Inks
These 4 Signs Are The Seductive Sirens Of The Zodiac
By Brittany Beringer
Are Quality Time & Gift-Receiving Love Languages Compatible?
By Lexi Inks
On TikTok, "Cbat" Has Been Named The Worst Sex Song Ever
By Lexi Inks
Get Even More From Bustle — Sign Up For The Newsletter