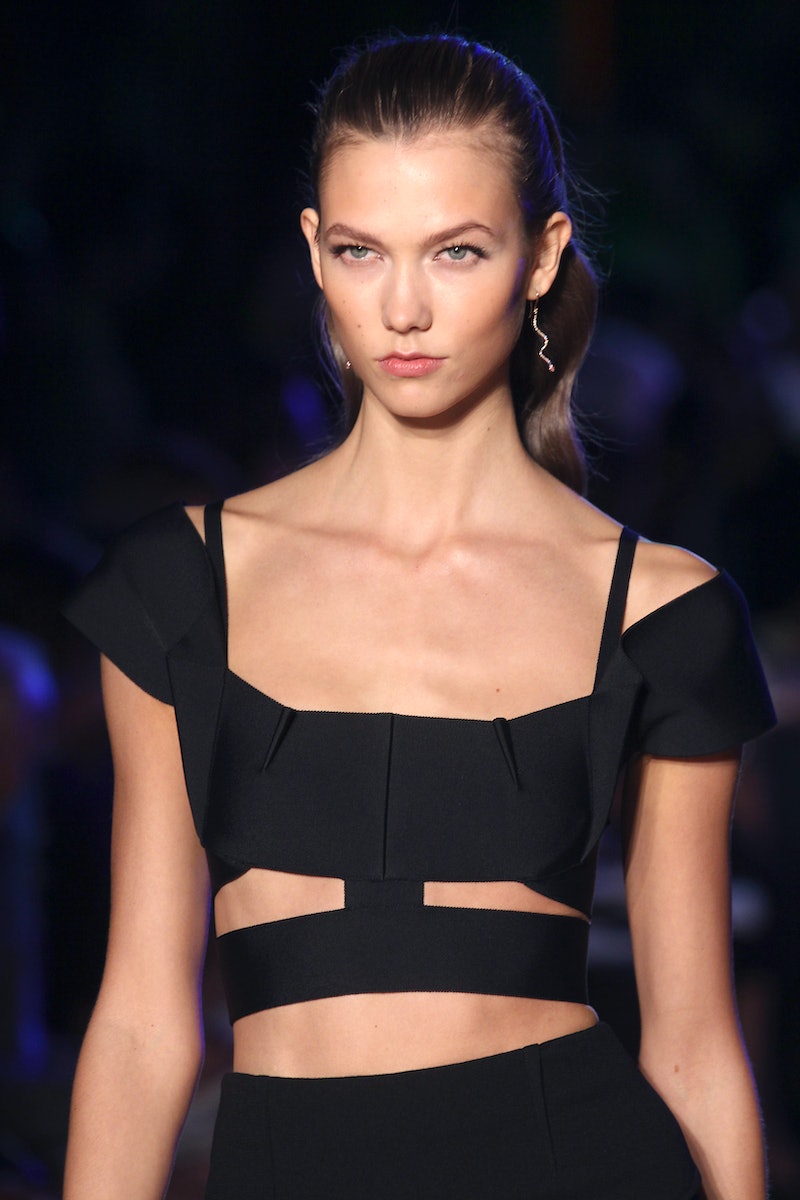 Karlie Kloss may have just made headlines by ending her contract with Victoria's Secret after four years of wings (how sad is it that Karlie is an Angel no longer?), but that doesn't mean she's disappearing off of all runways. In fact, after having an absolutely killer New York Fashion Week (I'm still not over her showstoppers from Carolina Herrera), Karlie Kloss hit Milan Fashion Week, walking the runways of all the biggest designers victoriously there as well. Yep, it's been quite a series of (fashion) weeks for Ms. Kloss.

At MFW, she walked in Fendi, Emilio Pucci, and Dolce & Gabbana — and she was equally fierce in each show. Whether it was the old world classic red lip at Dolce & Gabbana (which she selfied quite gloriously with fellow MFW runway-stomper Gigi Hadid) or the artfully undone eyeliner at Fendi, girl rocked it all — and that's just on the makeup side of things! On the clothes side of things, I was a particular fan of her imposing flowing robes at Emilio Pucci (the die-hard Harry Potter fan in me responded very well to their Hogwartsiness), as well as the rose-embroidered velvet at Dolce & Gabbana (because nobody does roses better than D&G). Let's take a look at all of her high-fashion ensembles!