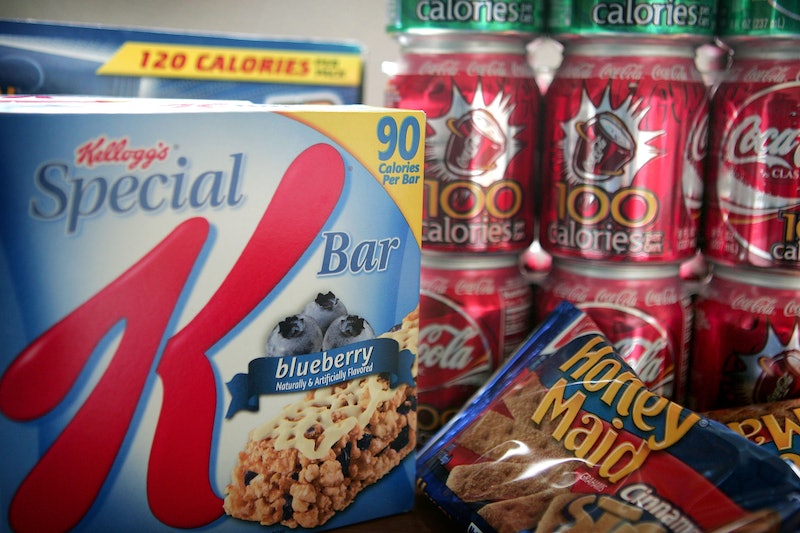 Is everything we know about nutrition wrong? A new study says that for decades, the Centers for Disease Control and Prevention has been researching nutrition inaccurately. In order to determine government guidelines on exercise and nutrition, the CDC has been interviewing Americans about their diets and lifestyle since 1971. But a new study in PLOSone says this data is fundamentally flawed — a significant number of the caloric intakes people reported wouldn't even keep some alive.

The CDC's annual National Health and Nutrition Examination Survey provides the "scientific foundation" of many public health policies and food guidelines in the US, according to the PLOSone report. But the data is based on asking people to remember what they ate and drank and correctly report it. Given this "indirect, pseudo-quantitative" method, the University of South Carolina researchers say CDC data is biased and implausible. And using this data, the CDC's capacity to set effective dietary guidelines or make conclusions about obesity is "extremely limited," they write.

"The nation's major surveillance tool for studying the relationships between nutrition and health is not valid," said lead researcher Edward Archer. "It is time to stop spending tens of millions of health research dollars collecting invalid data and find more accurate measures."

Previous studies have shown that in self-reporting on diets, men tend to underreport calories by 12 to 14 percent and women by 16 to 20 percent. In the USC analysis of CDC data, many self-reports showed alleged food intakes that literally wouldn't be enough to live on. "In no survey did at least 50 percent of the respondents report plausible [caloric intake] values," the study says. This misreporting was greater in obese men and women, who underreported their calorie intake by an average of 25 percent and 41 percent, respectively (or 716 and 856 calories per day).

More like this
Got Brain Fog? Here Are The Best Supplements For Memory & Cognition
By Carolyn Steber
TikTok's Butter Board Might Be The New Cheese Plate
By Emma Carey
Deliveroo Is Selling Lotus Biscoff Cinnabons Now
By Darshita Goyal
10 Pumpkin Recipes That Are Way More Creative Than Pie & Lattes
By Rebecca Deczynski and Alexis Morillo
Get Even More From Bustle — Sign Up For The Newsletter