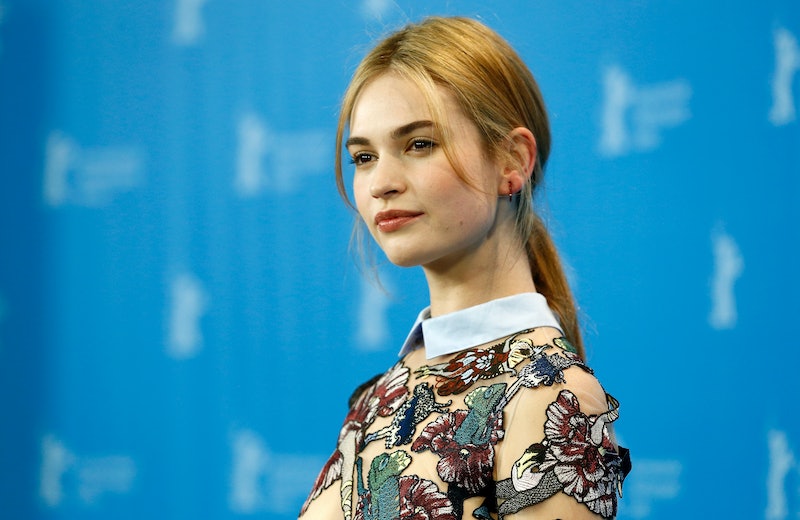 I think I've got a new eyebrow idol, guys. I already knew that they were next level, but Lily James' eyebrows are on fleek on the cover of W Magazine. Seriously, though: they are making me evil-stepsister-level jealous.

The classic fairy tale's live-action remake already has tons of promotion surrounding it, but what would really grab my attention is some kind of Cinderella eyebrow makeover sweepstakes in addition to everything else that's going on in an attempt to shoot the film to the top spot at the box office. Or maybe a booth at Disneyland stocked with waxers, spoolie brushes, brow powder and gel: "Cinderella's Eyebrow Adventure," they could call it. (Are you listening, Walt Disney Pictures marketing people? Get on it.)

If the studio's latest fairy tale update is any indication, the #eyebrowgamestrong movement doesn't look like it's slowing down. A Disney princess (and the actress playing her) working killer brows is a major sign that this beauty trend is here to stay for a while. Sorry, Cara Delevingne and Lily Collins — you've got some competition in the brow department. Because Lily James' are shapely, bold, and fit for a modern-day princess.

Seriously, though, Disney: really, really think about my idea for "Cinderella's Eyebrow Adventure" (I'll be asking for royalties, of course — no pun intended.) Because who wouldn't want these framing their face?