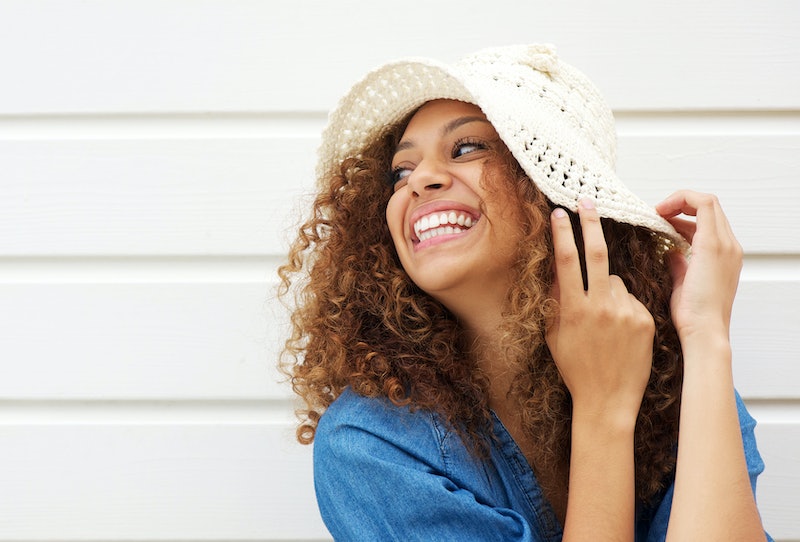 Humans are awfully fond of binaries, even though they don't really do us any good. But according to a new study, one of the most frequently cited binaries — whether someone is an introvert or an extrovert — is all wrong: It turns out that there are two different types of extroverts, just the way there are multiple types of introverts. In case you needed more proof that there are many different categories of human engagement and even subsets within those categories… well, this is it.

We seem to have two, stark opposing categories for everything from sexual orientation to economic status — but ultimately, these binaries are extremely reductive and force people into boxes that may not fit them at all. However, Brown University researchers Erica Godwin and Tara White just published a new study in Cognitive, Affective, & Behavioral Neuroscience that shows exactly why we need to stop thinking in terms "either/or." The study outlines the two different kinds of "extraversion" (yes, with an "a" — it's the word researchers use when they talk about the personality traits associated with extroversion) and helps to explain them. They conducted their research by giving 83 volunteers personality assessments and taking images of their brain with an MRI machine. Here's what they learned:

1. There are two different types of extroversion.

Not, as is commonly believed, just one — and what's more, neither can simply be defined as "the opposite of introversion."

This kind of extroversion is about taking leadership positions, sensitivity to reward, persistence, and generally being comfortable in the limelight. Speaking to Science of Us, White noted that those who are higher in agentic extroversion are perhaps a little less likely to feel a strong sense of connection with other people and have more interest in going for rewards in social or workplace contexts.

This kind of extroversion is all about social warmth and friendship — people who have this trait form close social bonds with a lot of people and get a lot of happiness and meaning out of them. They feel a strong sense of connection with the people and things that are important to them, but wouldn't necessarily feel the need to seek out a leadership position.

4. The qualitative research on agentic extraversion is actually backed by neuroscience...

The parts of the brain involved in incentive reward and approach of reward were more active for agentic extroverts, in addition to the parts that are active for all extroverts in general.

5. ...But there were no specific brain markers for affiliative extraversion.

Which is OK — sometimes, qualitative research can do the talking well enough.