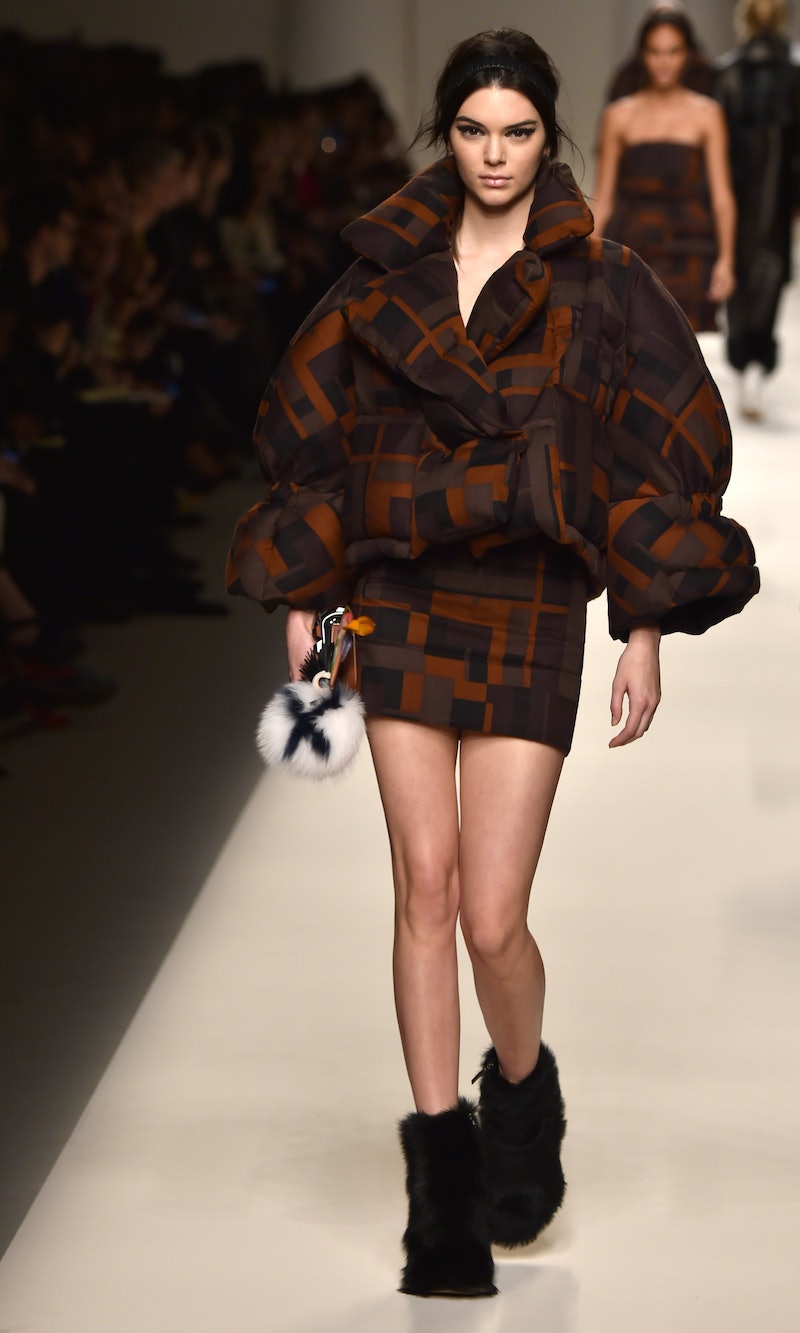 Contrary to popular belief, supermodels are human. This means that they experience everything us mere mortals do (except, like, financial hardship), and that includes getting sick. Unfortunately this was exactly the case of one It-girl during this fashion month. Kendall Jenner was too sick to walk Milan Fashion Week and had to back out of her scheduled appearances at the last minute. Total bummer.

If you didn't believe in Kendall's modeling chops before, surely you do now. She is straight up dominating fashion month, having walked for 8 shows in New York, one in London, and two in Milan (despite her illness). Clearly, she is highly sought out by designers all over the world, as evidenced by her packed show schedule. But, much to my surprise, KJ is not a superhuman. Of course she's going to get sick occasionally, and after participating in eight shows in a matter of one week, now seems like a logical time for illness to strike. She has probably worked herself past the point of exhaustion and just needed to take a breather.

Fortunately, the runway queen's reign is not over yet! After getting the proper rest and treatment, Kendall is in fine form for Paris Fashion Week — although she is still sad about missing her shows in Milan. Poor Kendall.