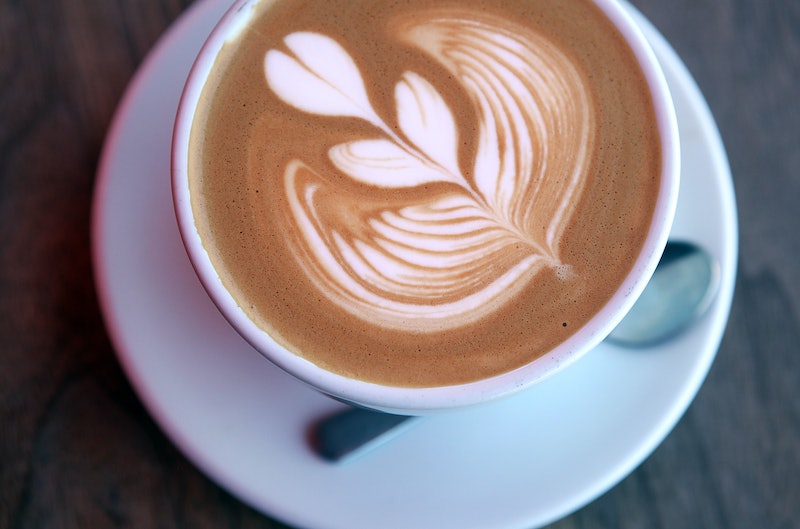 Another day, another study extolling the benefits of drinking coffee: According to a new study published in the journal Heart on Monday, coffee might help prevent heart attacks if you drink three to five cups of it a day. How? It might cut down on the levels of coronary artery calcium (CAC) in your system. As the LA Times notes, CAC isn't always a problem; in high amounts, however, it can clog up your arteries, which reduces the flow of blood to the heart and leads to coronary heart disease. If coffee helps keep those CAC levels in check... well, you can see how that might be beneficial for all of our tickers, right?

Here's how the study breaks down:

For their sample size, researchers from the Kangbuk Samsung hospital in Seoul examined a group of more than 25,000 South Korean men and women with an average age of 41 and no signs of heart disease. Between March of 2011 and April of 2013, these men and women filled out a questionnaire about the types of foods they ate and how frequently ate them (including, of course, their coffee consumption); they also participated in a comprehensive health screening, part of which involved CT scan to measure the levels of CAC they had.

Perhaps in reaction to the sheer volume of recent studies telling us that, yes, coffee has some nice little health benefits, though, there have also been a lot of pieces popping up this time around reminding us to take the whole thing with a grain of salt. Larry Husten at Forbes, for example, tackled the overenthusiastic “COFFEE IS AWESOME!!!” response that most of these kinds of studies elicit; he chalked it up to Heart's “PR machinery's” attempts to make the study accessible, as well as to the media misinterpreting the findings (because let's face it: Most of us, myself included, aren't scientists). The BBC, meanwhile, dug further into the science, citing previous studies that have actually linked coffee to raised cholesterol and blood pressure.

But while part of me thinks, “Man, don't be such a killjoy!”, I can't really blame them. I mean, I adore coffee and will subsequently justify my love of it in any way that I can — but as is the case with so many of the things we enjoy (red wine, dark chocolate, coffee, and so on), the key to reaping the benefits are the words “in moderation.” Whenever studies emerge that show a positive correlation between something we consider a treat and our health, our impulse is to blow the news out of proportion and use it as an excuse to go wild. And that? Isn't really helpful.

The results of the South Korean study may be encouraging — but as the British Heart Foundation noted (via The Guardian), more research is needed before we can say for certain that coffee can help prevent heart attacks. We also need to be careful about generalizing from a study conducted in a country different from the ones in which we ourselves live; the differences in lifestyle might also account for the results of the study.

But hey, as long as you're not going nuts with your coffee consumption, do go enjoy another cup. At the very least it's tasty, right?

More like this
This Psychological Effect Might Be Keeping You From Hitting Your Goals
By Lexi Inks
10 Pumpkin Recipes That Are Way More Creative Than Pie & Lattes
By Rebecca Deczynski and Alexis Morillo
On TikTok, Tinned Fish Date Night Is The Latest Viral Food Obsession
By Emma Carey
Here's How Cardio & HIIT Affect Your Body Differently
By Carolyn Steber
Get Even More From Bustle — Sign Up For The Newsletter