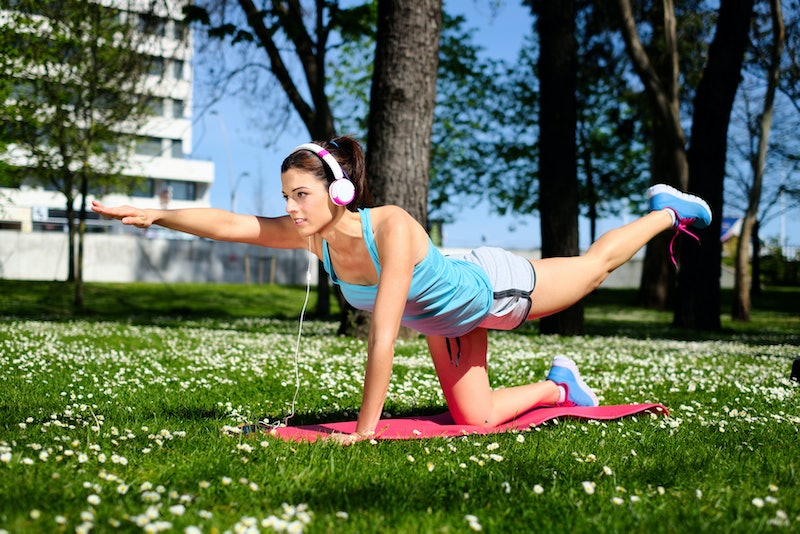 It's no secret that a lot of American's aren't in the greatest shape. But which cities have the healthiest and least healthy residents? In honor of National Nutrition Month, WalletHub crunched the numbers for 100 of the most populated metro areas in the United States to find out which ones have the smallest and biggest weight differences — that is, which ones that tend to have more problems with obesity than others. Here's what they found.

WalletHub gathered data from their own research, as well as from CDC, The US Department of Agriculture Economic Research Service, and the Child and Adolescent Health Measurement Initiative. They then took a look at 12 different metrics over three key dimensions: Obesity Prevalence, which included the percentages of adults and children who are considered overweight or obese; Unhealthy Habits and Consequences, which zeroed in on things like the percentage of residents who are physically inactive and have high cholesterol; and Healthy Environment, which included an “Active Lifestyle” ranking from one of WalletHub's own reports and how accessible healthy food is to residents.

Before we go any further, though, I think it's important to note that “healthy” doesn't necessarily mean “thin” — and as a result, I'm actually not sure how useful ranking cities by weight difference is to us as a whole. The BMI has already been debunked as a rather inaccurate measure of how healthy a person is; and since the BMI is the standard by which we define obesity... well, you do the math. Subsequently, I don't really find the overall ranking of cities based on how “big” or “small” an area's weight difference is that interesting. What I do find compelling, however, are some of the other rankings the analysis turned up. Because you know what is a good indication of how healthy a person is? Whether or not they move around on a regular basis. What they eat. Those kinds of things. Happily, WalletHub took a look at those kinds of factors, too — so there's still plenty to takeaway from this study.

Here are what I think are some of the more notable results; head on over to WalletHub to read the whole thing.

Because it's main focus of the study, we do have to spend at least a few minutes on the “weight differences” ranking. The top five areas with the smallest weight problems — that is, the ones that are ostensibly “healthiest” — include a lot of places out west: Provo, UT; Colorado Springs, CO; San Jose, CA; Denver, CO, and San Francisco, CA. The top five with the biggest weight problems, meanwhile, are all mostly located in the south: Greensboro, NC; Greenville, SC; Jackson, MS; Youngstown, OH; and Shreveport, LA. We're privy to the numbers each city scored on the three key dimensions, but not of the individual metrics; as such, we don't really know much about what makes these areas so unhealthy. It's probably worth noting, though, that some of these cities correlate with those with the highest percentages of high cholesterol, diabetes, and high blood pressure — Youngstown and Shreveport, for example.

Eat Your Fruits and Veggies:

Here's where things start to get interesting to me: The ranking for the lowest and highest percentages of adults eating fewer than five services of fruits and vegetables per day. These metro areas all win the award for having the most adults getting the produce they need every day:

Meanwhile, these metro areas have the lowest percentage of adults eating their fruits and veggies:

I'd be curious to know whether these rankings are because of accessibility to fresh fruits and veggies, or whether it's by choice. If it's by choice, then the folks who are making those choices have a lot of work to do. If it's because of accessibility, we as a whole have a lot of work to do. How can we expect our nation to shape up if we're not doing anything to help everyone get the nutrients they need?

Meanwhile, here are the areas that have the lowest percentage of physically inactive residents:

And those that have the highest percentage of physically inactive residents:

I'm speculating here, but I would imagine part of the trend towards inactivity in these five areas has to do with how hot it is in most of them so much of the time. It's not an excuse — in this day and age, that's what air conditioned gyms are for — but it's understandable. Still, though — physical activity is one of the best ways to increase your life expectancy (remember that whole treadmill thing?), so really, we should all be getting up and about on a regular basis.

More like this
Got Brain Fog? Here Are The Best Supplements For Memory & Cognition
By Carolyn Steber
This Psychological Effect Might Be Keeping You From Hitting Your Goals
By Lexi Inks
The 5 Best SLS-Free Toothpastes, According To Dentists
By Amy Biggart and Danielle Calma
Why TikTok Is Obsessed With Caesar Salads Right Now
By Alexis Morillo
Get Even More From Bustle — Sign Up For The Newsletter